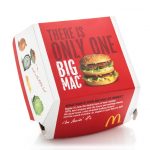 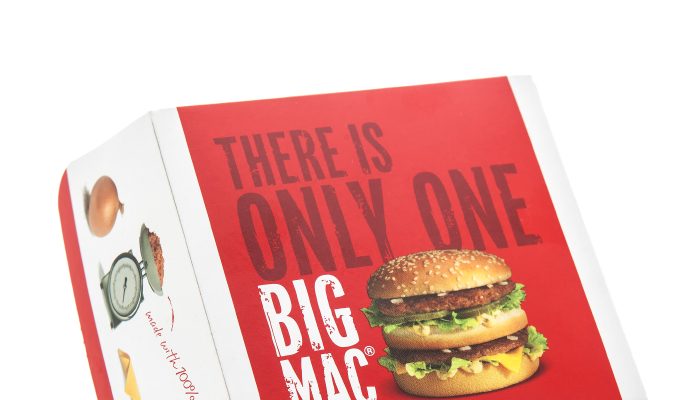 Even the health conscious-consumer can’t deny that McDonalds’ menu is both popular and has a few static mainstays, chief among them being their Big Mac signature hamburger. However, the company has begun test marketing two variants of the Big Mac, one larger and one smaller, at select stores within the Columbus, Ohio and Dallas/Fort Worth areas. A normal Big Mac contains two patties, lettuce, one slice of cheese, pickles, onions, and special sauce (mayonnaise blend) on a sesame seed bun. The first variant, the “Grand Mac”, takes the supersized approach and has a larger bun, two pieces of cheese, and a third of a pound of beef. For comparison, the normal Big Mac has only one fifth of a pound.

The second alternative is the “Mac Jr.”, which is basically the normal Big Mac but with only one patty. According to McDonalds, the Mac Jr. is partially intended to be easier to eat in the car or otherwise on the go.

The Big Mac has been available across the U.S. since 1968 but the sandwich has seen little variation over the following decades. The difference between the two variants currently being tested and the ones that already exist is that, if the Grand Mac and Mac Jr. work out, they may become nationwide staples rather than regional affairs.

From a business perspective, these two new sandwiches are a bit of a surprise. McDonald’s has long resisted following certain trends in fast food. For example, it was only in 2015 that the chain introduced all-day breakfast. It will be interesting to see what other developments come in the future—a new kind of fry, for instance.

Incidentally, the Grand Mac would not be the largest Big Mac variant to have existed. That title most likely belongs to the “Giga Big Mac”, which used to be sold in Japan. The Giga Big Mac contained almost three times as much meat as the normal Big Mac. It was described by McDonalds at the time as the ideal choice for diners looking for, “a satisfied sense of accomplishment.”