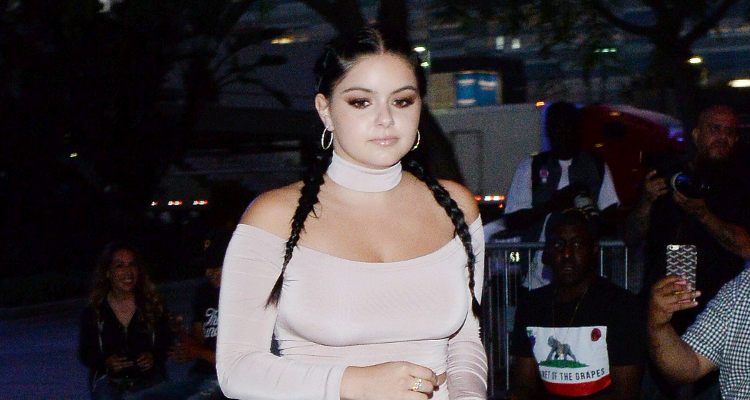 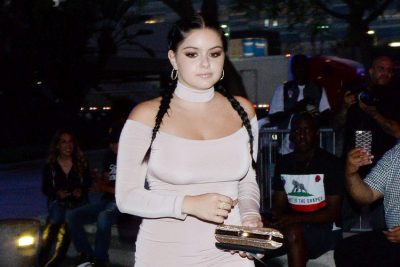 Actress Ariel Winter is best known for role as Alex Dunphy in the hit comedy series Modern Family, which has been on the air since 2009. Winter and the Modern Family cast have won four Screen Actors Guild Awards in the Best Ensemble in a Comedy Series category.

She is also known for voicing the title character in the Disney Junior TV series called Sofia the First. The 18-year-old recently showed off her figure in a stunning pink dress at a Drake concert on Instagram:

Thank you so much @aquahydrate for an amazing night! @champagnepapi was absolutely incredible ❤️❤️❤️ #drake #concert

The five-foot one-inch Ariel Winter’s current weight is 123.5 pounds, and her weight loss has been well publicized. Winter decided to have breast reduction surgery last year when she couldn’t find a bathing suit that fit her one day. Her large breasts also led to a lot of back and neck pain problems.

The One Missed Call star was not feeling confident at the time and did her best to look confident at red carpet photo shoots. After undergoing the controversial surgery at age 17, Winter showed a noticeable weight loss and drop from a painful 32F bra size to a more manageable 34D. After her surgery, she had a quick recovery, and was up and running within five days.

Winter says that she had body insecurities when she was younger, which were heightened due to her mother, Chrystal Workman. Winter alleges that Workman was unsupportive and emotionally and physically abusive.

But now, she says, her actress sister Shanelle Workman-Gray, 34, supports her, always telling her she is beautiful. It is also not surprising that Ariel Winter follows a healthy diet and workout regimen.

Ariel Winter’s diet wasn’t always healthy. The star’s mother reportedly forced her into an extreme diet of only egg whites and raw vegetables. It allegedly got to the point where the Modern Family crew would sneak Winter more food when her mom wasn’t there.

Now she practices healthy eating habits with portion control at every meal. She usually doesn’t indulge in a high amount of food, and consumes lots of nutrient-dense foods like vegetables and garlic; complex carbs like wild rice; and protein sources like chicken and fish. Winter also drinks almost three liters of water daily to cleanse her body.

Like many, Winter will sometimes cheat on her diet. Just take a look at this Instagram post of Ariel Winter with a popsicle, and another with her daily iced coffee:

Ariel Winter is no stranger to showing off her body, and she actively stands up against body shaming. She often shares body-positive posts on social media.

Winter sometimes posts photos of her daily hikes in the Hollywood hills, and she also shared video of her gym workout with former boyfriend Laurent Gaudette. Check out Winter doing some intense squats:

Ariel Winter is able to successfully manage her busy work schedule with exercise. She is known to workout with celebrity trainer Gunnar Peterson, who has also trained Jennifer Lopez, Kim Kardashian, and Khloe Kardashian.

Winter also works out at the gym with her older sister, Shanelle. Overall, she has developed a healthy diet and lifestyle thanks in part to the support of Shanelle, who recognizes her as beautiful inside and out.

Sources for:
Mazziotta, J., “Ariel Winter Is Up in the Gym Workin’ on Her Fitness with Her Boyfriend,” People.com website, March 8, 2016; http://www.people.com/article/ariel-winter-workout-instagram.