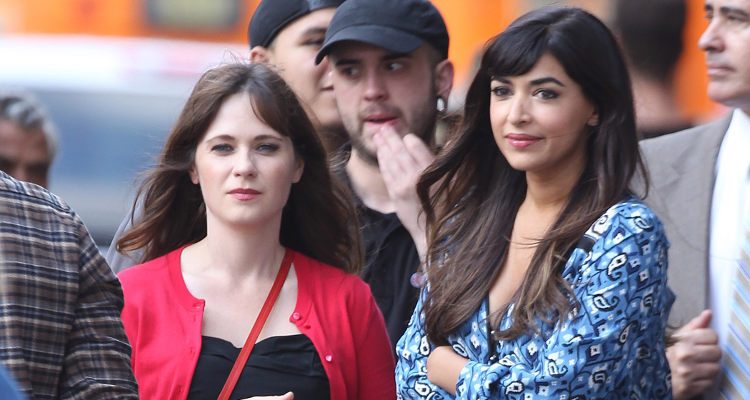 New Girl season 6 star Zooey Deschanel has always had a petite frame, which could be attributed to her diet full of vegetables along with her workout routines and fitness level.

Although her older sister Emily Deschanel is a vegan, Zooey doesn’t take it to that extreme. Instead, Zooey Deschanel’s daily meal plan consists of a wider variety of foods because she has food sensitivities that limit her vegan options.

Many of Deschanel’s meals are prepared for her to balance out protein, carbohydrates, healthy fats, and vegetables, and the actress actually enjoys cooking. She is often throwing dinner parties for friends in her home.

One of her signature dishes is quinoa spaghetti, which she packs with nutrients found in hemp seeds.

When it comes to Deschanel’s fitness routine, the actress enjoys having fun – in fact, she’s been practicing tap dancing for many years, which is a great form of cardio.

She also enjoys running, hiking, and cycling and incorporates exercise into her life for at least one hour a day for six days a week.

Deschanel often likes to take her fitness outdoors, and you will rarely find her in the gym. Furthermore, she likes to bring her friends along, which adds to her motivation. It’s been said that, with her friends, she can hula hoop for one hour! That alone is known to burn 420 calories.

To Deschanel, exercise isn’t so much about having a good looking body as it is about promoting overall health and well being.

As for her eating style, Deschanel sticks with three meals a day without snacking. She is often tempted to snack but, instead, opts for fresh fruit. A weird trick she uses to avoid cravings is keeping chocolate in her fridge. For her, just having food made available is enough for her to not actually go for it – what will power!

Before a performance, she won’t consume a big meal and only eats until she is satisfied. If she overeats, she will feel uncomfortable on stage – but really, overeating can contribute to weight gain so what’s the point?

When she’s on tour, she makes sure she is stocked with healthy foods so that she isn’t left to make unhealthy choices. This includes nuts, fruits, lean meat, and fresh vegetables.

Additionally, depending on the city she is in, she will look for locally grown produce. Furthermore, you won’t see Deschanel checking out the bar scene after a performance – this, too, allows her to maintain a healthy lifestyle.

Although some aspects of Zooey Deschanel’s healthy living plan may be hard to stick by – how can someone not eat chocolate? – For the most part, she just sticks with basic principles that keep her in shape and overall healthy.