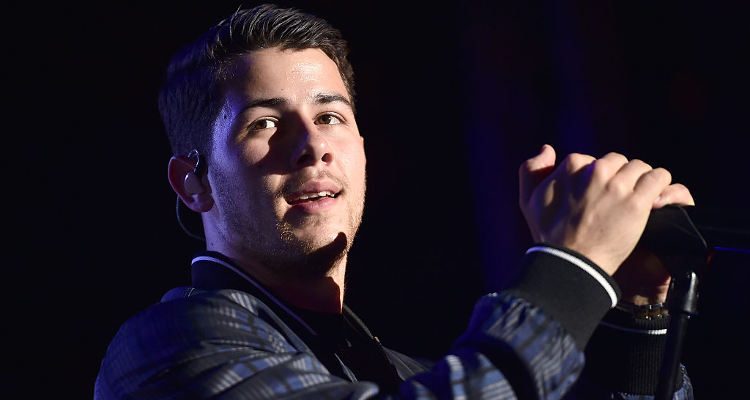 Remember when Nick Jonas was just a skinny little boy? The Jonas brother is all man on the latest cover of Men’s Fitness, where he shows off his bulging biceps, ripped 6-pack abs, and the magic of fitness lighting.

What are the three most important components of fitness? Strict diet, consistent training, and great lighting. I’m not taking away anything from Nick, even without the lighting the guy’s made tremendous gains that are truly inspirational—and those kinds of results don’t come easy.

How You Can Transform Your Body Like Big Nick Jonas

Nick Jonas is the latest celebrity to undergo a total body transformation—something that’s becoming increasingly popular among the general population too. The number of physique and bodybuilding competitors has skyrocketed in the past five years or so, as people across the country are getting bigger and leaner.

The first thing to do is to find a training program you’ll enjoy and stick to. For some, it’s circuit training, for others, it’s old school training, where you perform one or two exercises at a time, rest, and repeat, making your way through multiple sets and exercises while targeting one or two muscle groups.

This is typically called hypertrophy training—or bodybuilding–with the goal being to increase the size and volume of muscle. Circuit training can also help you accomplish a similar physique, which focuses more on intra-workout fat burning.

Strength training, although an important component of any workout plan, should not be the focus if you’re looking for Jonas-type results. Strength training is great for getting stronger, but it doesn’t offer up the same three-dimensional, lean body that Jonas shows off in Men’s Fitness.

Build up your muscles and throw a few strength based sets in there from time to time—heavy weight, low reps—but for the most part you’ll want to stick to more reps and a variety of exercises.

Stretching and sleep are also important components to a successful transformation, with hot yoga, regular yoga, or simple static stretching being helpful for recovery and growth.

The Diet You Need to Get Lean

If you want to get lean, there are a number of ways to do it. Some people believe in flex dieting, while others take a very restrictive approach. Whatever you choose, you need to stick to it in order to get results. A strict diet isn’t just about what you eat—it’s also about when you eat. Even people who flex diet stick to their daily macronutrient requirements to keep them on track.

Flex dieting, however, doesn’t work for most people, simply because self-control can be tough. The best way to diet, in my opinion, is to diet strictly throughout the week and go a little loose on Sunday. To achieve a low-fat, muscular physique like Jonas, he likely went high protein, eating at least his bodyweight in grams of protein per day.

He also kept his veggie intake high, and cut his carbohydrate intake as he progressed. After carbs were limited, he might have dropped fats, but no lower than about 20% of his daily calories. To bring out the full look you see on the cover, he likely carb-loaded (ate a whole bunch of carbs) two or three days before the photo shoot to fill up his muscles.