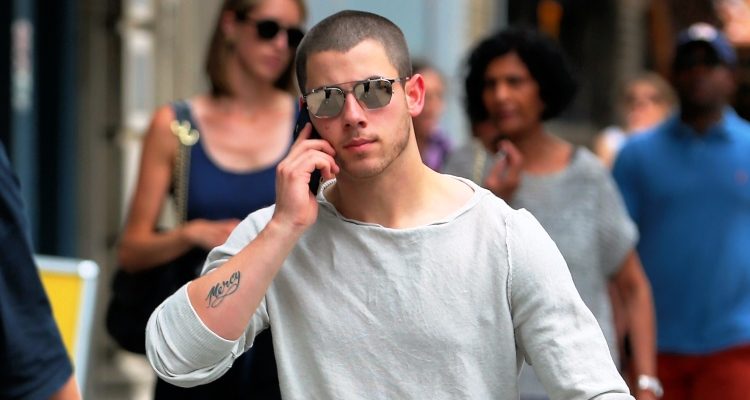 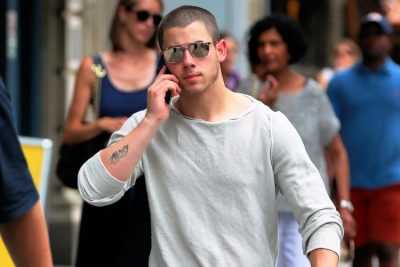 At only 23 years old, Nick Jonas is a multi-talented superstar. Nick and his brothers Joe and Kevin formed pop rock band Jonas Brothers, and released four studio albums between 2005 and 2010. Nick Jonas has since released two solo albums, and stars in the drama series Kingdom. What makes his success even more incredible is that Nick Jonas has diabetes.

Nick Jonas’s interviews on his diabetes have appeared in various publications, where the superstar singer and songwriter detailed his experience with the disease. It’s been over a decade since Nick Jonas’s type 1 diabetes diagnosis in November 2005, and he’s been able to manage the condition with a proper diet and a healthy lifestyle.

A month or two before Jonas’s diagnosis, he began to notice symptoms such as persistent thirst, weight loss, a poor attitude, and going to the bathroom all the time. Nick Jonas’s weight loss was substantial: he lost around 15 pounds between two to three weeks. This body transformation was certainly challenging.

Nick Jonas visited his doctor and discovered his blood sugar was over 700. He soon began taking insulin injections and checking his blood sugar regularly. Jonas uses a glucose monitor called Dexcom CGM, which gives him a reading every five minutes right on his smartphone. He’s what’s known as a Dexcom Warrior, part of a group of users that collaborate with the California company on public awareness campaigns about diabetes, and the advantages of using the Dexcom glucose monitor. As a result of these diabetes tools, Nick Jonas hasn’t had too many low blood sugar episodes.

Nick Jonas is now an advocate in the diabetes community, and co-founded Beyond Type 1, which is a charity that funds and creates programs for people living with the condition. Nick Jonas and Sun Life Financial have also recently teamed up; Sun Life is working with Beyond Type 1 to offer select members of the JDRF Quebec and the Canadian Diabetes Association the opportunity to meet Jonas, and even attend a concert in Winnipeg, Calgary, Edmonton, Vancouver, or Toronto. 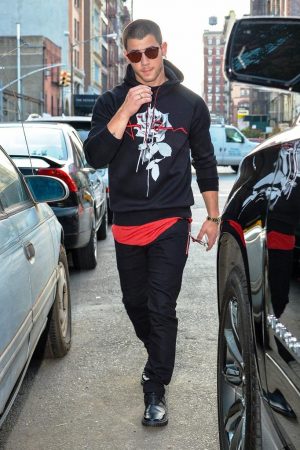 What Is Type 1 Diabetes?

When Nick was first diagnosed with type 1 diabetes, he didn’t really know much about the disease. Type 1 diabetes is also called juvenile or insulin-dependent diabetes. In type 1 diabetes, the secretion and production of insulin by the pancreas are severely deficient, and the condition usually develops during childhood or adolescence. People like Nick Jonas must inject themselves with insulin and monitor their blood sugar daily due to their lower insulin levels.

Type 1 diabetes is thought to be an autoimmune condition where the immune system attacks and damages the pancreatic cells that produce insulin. In the U.S., 5% to 10% of all diabetic cases account for type 1 diabetes. Type 2 diabetes, or non-insulin-dependent diabetes, is much more common, affecting 90% to 95% of American diabetics. It often strikes during adulthood.

Nick Jonas is currently in the best health of his life, and has successfully learned how to manage the condition. Part of the healthy lifestyle Nick Jonas follows takes the form of his diabetes diet.

Nick Jonas has shared his healthy snack tips and diet advice, too. For instance, he always has nuts backstage when performing a concert, and his meals are mostly low in carbs and high in protein.

Jonas had about six weeks to gain 12 to 15 pounds of muscle before filming Kingdom. He went from consuming 3,000 calories daily to 4,200. For breakfast, Jonas ate an omelet with veggies and cashew cheese, plus some fruit and a turkey-meat patty. Lunch and dinner were veggies, nuts, and lean proteins, and snacks were snap peas with peanut sauce.

Jonas also trained with fighting coach Joe Stephenson and strength-building coach Gregg Miele. The workouts focused on different regions of the body, including legs, core, and upper body. Jonas originally did three sessions a day, but now only exercises three or four times a week.