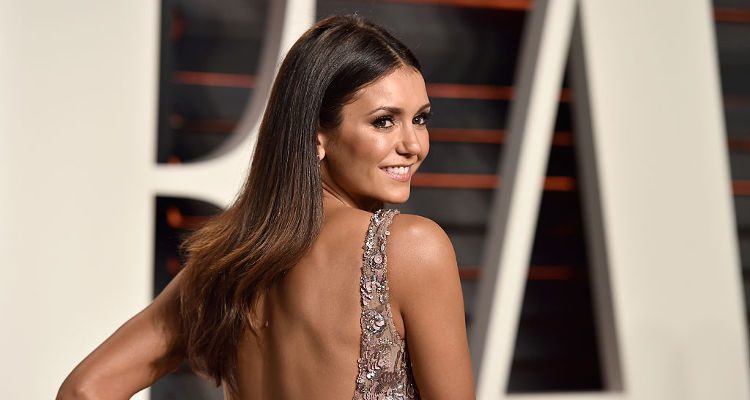 Nina Dobrev‘s return to The Vampire Diaries for season 8 has fans excited, and it’s been the most talked about news about the show since she made her return known. Julie Plec, executive producer of the show, has always said Dobrev promised to return to the show for its finale, and the actress has stayed true to her word.

Dobrev’s on-screen flame Ian Somerhalder, who is married to Twilight actress Nikki Reed, will reunite one last time as the show kicks off its last season. Both actors have stayed in fantastic shape and return looking fit and toned.

Dobrev’s secret to looking so good is yoga and other athletic pursuits, as well as following a portion-controlled diet. She tried a vegetarian diet—not vegan diet—a few years ago. She started feeling weak, and the show’s producers said she looked too thin, so she decided to go back to eating meat but focus on eating healthily.

It is thought that the actress has gone back to vegetarianism now. The Canadian actress has always had a slim, fit body, and that’s because she follows a healthy diet and is physically active all the time.

Some of the activities she loves to do are running many times a week and Pilates barre workout classes; but yoga is her first love, and she is quite passionate about it. Bikram yoga, a type of hot yoga, is her go-to style of yoga, where a series of exercises are done in a heated room. She practices with a personal trainer anywhere from three to four times a week. Of yoga, she says that regular practice has changed her body 100% because it tones everything and leans you out.

When on set, she plays volleyball, a sport she absolutely loves. She even had them build her a volleyball court on The Vampire Diaries set so she could play every time she is there. Growing up, the actress was involved in gymnastics and dance. These days, Dobrev can be found horse riding and swimming, as well as hiking and snowboarding. Most of her hobbies and free time involve some kind of physical activity.

Nina Dobrev doesn’t drink any alcohol and likes to snack on healthy items only, her favorite the KIND bar. She loves them so much that she eats one almost every hour. Apart from her snack bars, Dobrev also drinks many shakes every day; and they act like a meal replacement for the star. One of her most enjoyed blends is a banana and almond milk mixture. Diets are not for her, and she has never followed one per se. Rather, she opts for eating clean, healthy foods that keep her fueled up for the active life she lives.

As for her co-star Ian Somerhalder, the actor takes great care in keeping his body toned and lean. He leads as healthy a lifestyle, as does his wife Nikki Reed. The married couple often goes on mountain biking excursions together.

He avoids junk food of any kind and doesn’t drink much alcohol. His diet is made up of a lot of protein and includes many healthy fats. He eats mostly chicken, fish, fruits, vegetables, and on occasion, will have rice and oats. Before workouts, he likes to have a cup of green tea for energy.