Home > Celebrity Workouts > Nina Dobrev Will Likely Return in “The Vampire Diaries” for Season 8: The Actress is Focusing on Fitness to Stay Fit for the Role 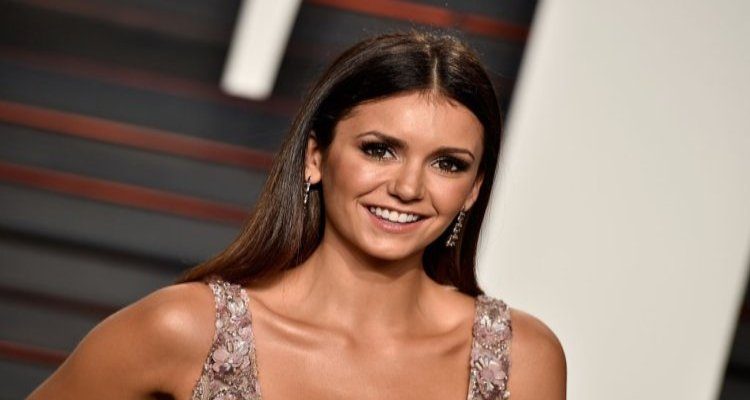 The Vampire Diaries season 8 has started and fans are wondering when and if Nina Dobrev will return for the final season to wrap up her storyline with co-star, Ian Somerhalder. The actress left the show in the sixth season and fans have always wanted her to return, and according to the show’s producer, Julie Plec, it seems possible.

Plec told Entertainment Tonight in a recent interview that she and Dobrev have spoken and that she know the actress wants to be there 100%. Plec went on to say that, “I, of course, 100% want her to be there, and so it just comes down to stupid things like scheduling. Honestly, let’s put it this way: I would be devastated if it weren’t to work out, so I have a feeling the cards will be in all our favor.” That’s as good as any indication that Dobrev will likely show up at some point on the show before it ends.

Dobrev has been staying in shape regardless of her absence on the hit show. In fact, the Canadian actress would stay fit regardless of whether she was a working actress or not. Fitness has always been a huge part of her life—she’s a former competitive gymnast. The 27-year-old loves working out and says it makes her happy.

Her two favorite forms of exercise are running and yoga, but she also loves to do spinning classes. Bikram yoga, a type of hot yoga, is her go-to pick for yoga class. She practices with a personal trainer a few times a week. Yoga has changed her body 100%, she says, because it tones and leans out the whole body. Any intense workout is what keeps this actress happy, fit, and feeling good.

Dobrev also trains with a personal trainer, Steve Moyer, of The Moyer Method. When they work out together, the focus is on core work and overall fitness that includes strength, coordination, balance, endurance, and flexibility for about an hour. Of Dobrev, Moyer says the actress is devoted, focused, and self-motivated. Some of the exercises he has her do are lunges (basic, jumping, walking, and reverse), squats, planks, and a medicine ball walk.

Moyer stresses a balanced diet for each of his clients, including Dobrev. The diet isn’t no-carb or low-carb, but is rather what he calls correct-carb (his terminology), and has few processed foods, and lots of vegetables. The actress keeps portion control in mind and tried a vegetarian diet (not vegan diet) a few years ago but moved away from it after feeling weak. However, it is thought that she has returned to vegetarianism.

The former Degrassi: The Next Generation cast member doesn’t drink alcohol and likes to snack on healthy items, especially KIND bars. Dobrev also drinks shakes every day, and they act like a meal replacement for her. To ramp up the flavor, she adds a banana and almond milk to the shake. Diets are not for this beauty, and she has never followed one, but rather chooses to eat clean.