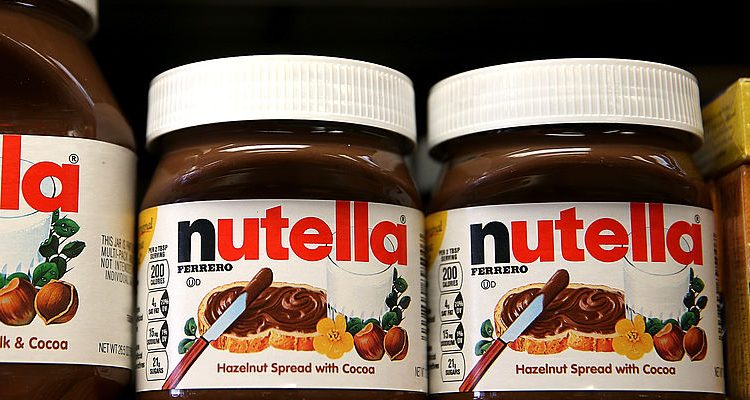 Bad news for Nutella lovers! The European Food Safety Authority has named one its main ingredients as a potential cancer-causing carcinogen. The palm oil used to make the chocolaty spread so smooth can become toxic when it is heated to high temperatures during the refining process. Read on to learn more about this process and what it means for the company and consumers alike.

Palm oil is one of the most affordable and often used vegetable oils in the consumer market. Not only is it found in a number of processed foods (including our favorite hazelnut spread), but it also plays a part in comprising a number of household products like detergents and makeup. The palm oil industry is worth approximately $44 billion and has come under fire in the past for contributing to deforestation, species extinction, human rights violations, and raised greenhouse gas emissions. Ferrero, Nutella’s parent company, joined the Palm Oil Innovation Group in 2015 in a bid to ensure the palm oil used by their company does not contribute to any of the listed issues. In 2016, Ferrero was named as one of the top two most responsible companies on Greenpeace’s Palm Oil Scorecard.

Palm Oil as a Carcinogen

While they have assured the public that the palm oil in Nutella has been obtained ethically, what is Ferrero doing in regards to public safety? The company addressed the recent claims that the refined palm oil found within the spread was potentially cancer causing in an advertising campaign shown in Italy, where sales have been hit the hardest. The Palm Oil Innovation Group also spoke out against these claims, stating on its website: “Contrary to some opportunistic views it is not correct to state that palm oil is detrimental to human health.”

The EFSA explained their concern over the ingredient when they tested the refining process of vegetable oils. When heated to approximately 200° C, the carcinogens glycidyl fatty acid esters (GE), 3-monochloropropanediol (3-MCPD) and 2-monochloropropanediol (2-MCDP) were found in palm oils and palm fats, raising concern. These high temperatures are used to get rid of the palm oil’s natural smell and color. The EFSA also named margarines, pastries, and cakes as the main source of exposure for people aged three and above, though there was no recommendation that consumers stop purchasing and eating products that contain palm oil all together.

In the mentioned advertising campaign, Ferrero purchasing manager Vincenzo Tapella states that the company uses a different process to refine their palm oil, making it safer. Instead, Ferrero uses temperatures just below 200° C and light pressure to refine the oil while reducing the level of carcinogens created. There is no word yet from the EFSA in regards to any potential risks of using this refining process.

Palm oil is found in many of our household items, from foods to cleaners and even cosmetics. As it is so prevalent in a variety of industries, more research should definitely be conducted into its potential hazards. Now that Nutella has been called into question, will you continue purchasing the spread?