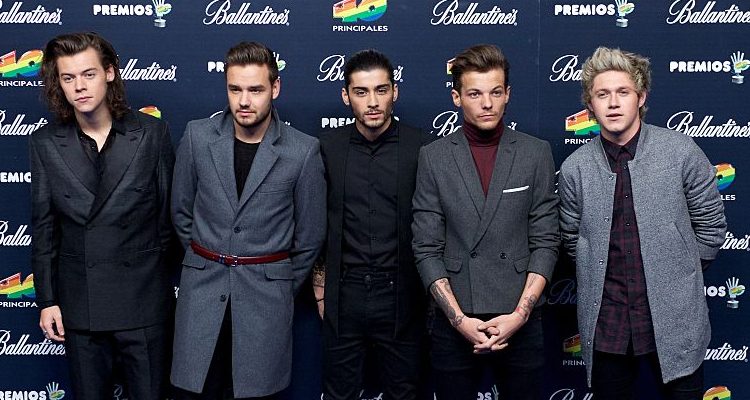 Being part of a band and famous means everyone around the world is scrutinizing how you look, from your fashion to your physical shape—and it doesn’t matter if you are female or male. The boys of the wildly successful One Direction are included in that.

Looking good matters when you’re a pop star. But the reality is that, apart from looking good, exercising and working out are essential to survival, especially when on tour and putting on high-energy performances many times a week. Harry Styles, who has also upped his gym game these past few months for his role in Dunkirk, Niall Horan, Liam Payne, Louis Tomlinson, and former member Zayn Malik all worked out hard to stay in shape.

Malik didn’t seem to really care much for the gym and, as it turns out, he had an eating disorder for much of his time in the band. The singer has said that he would go for days, sometimes up to three, without eating. He admitted in his autobiography that it got quite serious but didn’t recognize it at the time. In the final months he spent with the British group, Malik’s eating disorder worsened, with the star writing that he didn’t feel like he had control over anything else in his life: “But food was something I could control, so I did.”

A YouTube video from 2013 shows an extremely thin Malik doing a workout routine outside a trailer, presumably while the band was on tour. The “Pillowtalk” singer is doing some cardio by jumping rope. In another YouTube video, a montage of the band’s workouts, Malik is seen boxing. Overall, though, it seems the singer didn’t care too much for working out back then.

How the Guys from One Direction Stay In Shape

Resistance training, cardio, boxing routines, abs workouts…you name it and these guys do it to maintain their fitness levels and physiques. All four remaining members of One Direction spend a lot of time focusing on exercise and getting to the gym. Niall Horan has a bodyguard who accompanies him to the gym, because if he didn’t he’d never make it there in one piece thanks to the paps and fans.

Harry Styles, the One Direction member who seems to get the most attention, is also the one who by all appearances might be the most hardcore gym rat of the bunch. His goal has been to be buff much like Brad Pitt in Fight Club and has been known to work out twice a day to achieve this look. At one point, a mixed martial artist was hired to train the band mates, especially Styles who seemed most keen to pursue this angle of exercise.

Though Styles has always been assumed to be the heartthrob of the boy band, it seems Liam Payne has come close to ousting Styles from that position. In 2015, Payne was named Attitude‘s Sexiest Man Of The Year, and it is thanks to the overhaul in image the young star has made in recent years, including his six-pack thanks to some serious abs workouts.

Though not much is known about his current workouts, Louis Tomlinson, resolved to spend more time in the gym for 2015 during a red carpet interview with ODE in December of 2014. “I reckon I need to start getting to the gym because that’s going to catch up with me soon and I don’t want that,” he said at the time. The 25-year-old became a father in January of last year.

Whatever they each do, the band members are looking in fine form these days as their solo and group careers continues to take off across the world to popular success.