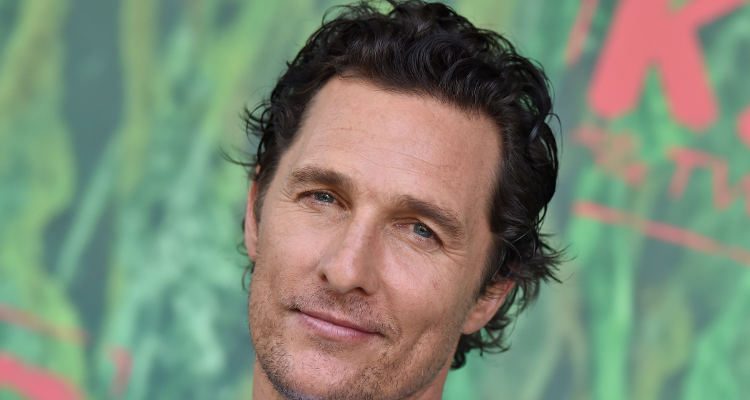 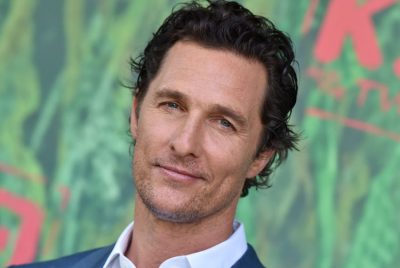 Oscar winner Matthew McConaughey does what it takes to lose weight and get in shape for movie roles. For instance, the 46-year-old had to look buff for his role as male stripper Dallas in the 2012 comedic drama Magic Mike.

McConaughey earned an Academy Award and Golden Globe for 2013’s biopic Dallas Buyers Club. He shed close to 50 pounds to portray Ron Woodroof, a man with AIDS who works the system to help others get the medication they need. Talk about commitment to the role.

For his next film, Gold, Matthew McConaughey gained 40 pounds. McConaughey plays Nevada man Kenny Wells, whose life changes when he makes the largest gold find ever while in the Borneo jungles.

McConaughey’s overweight look for the movie was necessary, says director Stephen Gaghan. He sported his own receding hairline, and didn’t even have a prosthetic belly.

Stephen Gaghan didn’t think McConaughey could put on the weight quickly, and even thought of getting the former Sexiest Man Alive to adopt a beer and milkshake diet. There`s been no word on McConaughey’s diet for the movie, but either way he was able to gain 40 pounds and the belly for the role. The results are quite noticeable:

That being said, he likely won’t mind the major transformation if the weight gain leads to another Academy Award. The American release date for Gold is set for Christmas day.

What is Matthew McConaughey’s diet when he`s not required to gain or lose weight for a potential Oscar-winning role?

McConaughey realized that being in shape is 90% diet, 10% working out. He is known to have a low-glycemic diet that contains foods with a glycemic index score of 55 or less.

McConaughey consumes low GI foods like cabbage, spinach, broccoli, beans, cucumber, peas, red peppers, onions, and high-fiber cereals. The actor also consumes most of his food in the morning. He`s also a big fan of whey protein shakes, which he drinks every couple of hours, and before and after his training regimen.

McConaughey also indulges in a glass of wine daily. Wine provides some health benefits for him, like increasing his muscle vascularity.

McConaughey is known for his impressively chiseled body, and has always had a regular cardio routine. McConaughey’s cardio routine involves a four- to five-mile beach run, which includes periodically stopping for sets of 30 push-ups at a time, and he will complete a total of 200 throughout the run.

To prepare for Magic Mike, McConaughey worked out with celebrity trainer Gunnar Peterson. Peterson recommend two circuit-training sessions daily for six days a week. Since he was already in great shape, the workout focused on conditioning his body while maintaining his lean mass, rather than building bulk.

McConaughey’s Magic Mike workout involved lots of short bursts of cardio exercises mixed with a weightlifting routine. It is Peterson’s trademark 4-5-6-6-5-4 routine, where participants go on the treadmill for four minutes, followed by a five-minute exercise, two six-minute exercises, and another five- and four-minute routine. The workout approach is thought to force people to work harder while the short bursts allow the person to push non-stop for half an hour.