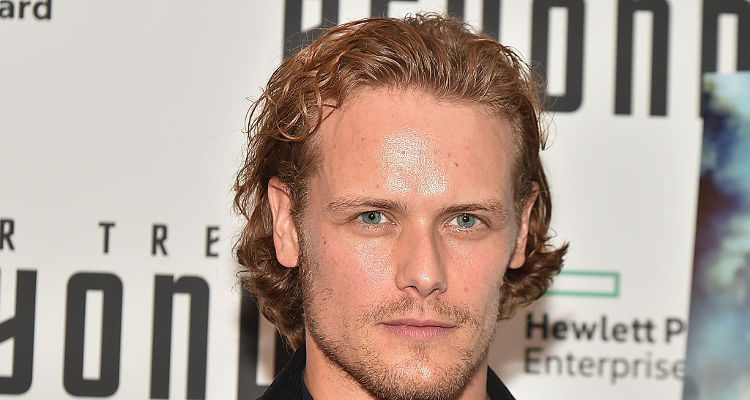 Outlander season 3 is on the horizon and it looks like star Sam Heughan will be coming in with the most ripped body he’s ever had. The Scottish actor’s clearly been putting in work and is looking to heat things up with co-star Catriona Balfe when the hit series returns in 2017.

Sam Heughan’s no stranger to fitness; but as someone who spent a lot of time running and training for a marathon, he didn’t exactly have the body of a Scottish warrior. Weighing in at around 180 pounds, Heughan had to hit the gym and change his diet to start building the muscle he needed to nail the role.

To pack on mass before filming, he began a workout routine with a trainer at one of London’s CrossFit gyms. He was training nearly every day and focusing on mass-building Olympic lifts like the snatch and clean and jerk. These lifts utilize virtually every muscle in the body and are effective for size and strength building.

He told Men’s Fitness he also included deadlifts into his routine, and based on his shredded physique I’d assume he was also doing plenty of accessory movements to bring out the detail in his arms, chest, and shoulders. Although Olympic lifts are great for mass and strength, they won’t necessarily leave you with a chiseled and ripped body.

Big Gains in a Short Time

When his training was all said and done, Heughan reports gaining around 25-pounds over about a year. To do it, he said he ate as much as he could to supplement his training—which was especially intense leading up to filming; at times he was in the gym two or three times per day. Although he tried to eat as healthy as possible, it can be tough on a busy schedule.

To fuel workouts, he stuck with complex carbs like sweet potato, green veggies, chicken, and peanut butter. These foods promote energy, recovery, and most importantly, muscle growth. Twenty-five pounds in year is a lot—and without training multiple times per day, the right genetics and all the food—it’s nearly impossible to make those kinds of gains.

Adopting an exercise regimen and muscle-building diet can help improve your body composition and increase your overall health. If you’ve never exercised before, however, it’s important to meet with a professional—especially if you want to perform Olympic lifts. These are high-skill movements that are very risky, so learning how to perform them properly is essential to maximizing gains and minimizing injury.