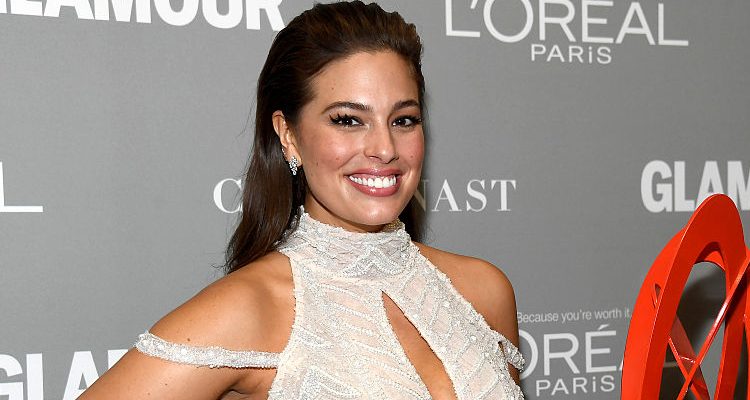 Plus size model Ashley Graham, 28, showcased a white bikini in a relaxed photo session she had while on vacation in Puerto Rico earlier this week. Graham is leading the charge as a judge on the next season of America’s Next Top Model, so squeezing in some down time now is a must for this curvy beauty.

But don’t actually call this gorgeous model plus-sized because she takes issue with the term as a woman who campaigns for body positivity. She believes that the term feels divisive and purpose-defeating when we are supposed to be talking about diversity for women.

Forget the labels, is what she basically wants to happen. It’s a subject that body positive women such as Graham and her fellow members of ALDA are working hard to alter so that we see people and not the size of their bodies.

Of course, she sometimes wishes she were thinner, which is what she said in an interview with Sports Illustrated recently. “God, in the old days, absolutely I did, but now I feel that to lose weight would be disloyal to myself. A lot of who I am is connected to my size, and I am so happy with who I am.”

The size 14 model is curvy and gorgeous, and she teaches other women to embrace the body they are in. Graham takes this positive message on the road, speaking to teens at high schools across the country about body image. She is also a co-founder of ALDA (which means “wave” in Icelandic), a collective of models who represent beauty beyond size and who challenge conventional notions within the fashion industry.

Graham loves to exercise and kicks it in the gym something fierce, and her diet is impeccably clean. She’s just a curvy woman, and beauty comes in every shape and size. Her typical workouts break down something like this:

Her routine on Tuesdays is a basic gym day, but that doesn’t mean she gets to slack off. It has been helping her with weight loss, though that isn’t her end goal. Check out what the model does on a standard gym day, which has her doing a 10-exercise circuit training routine that includes resistance training, calisthenics, and plyometrics. The 10 exercises are:

As far as food goes, Graham starts the day off with a smoothie, and her breakfast is often a green drink made with kale, lemon, apple, ginger, spinach, and beets. Her approach to eating is to eat lightest to heaviest throughout the day, saving meat for later on. On occasion, she will splurge and have mashed potatoes or mac and cheese because she doesn’t want to deprive herself and is happy with how she looks. She works hard, so why not?