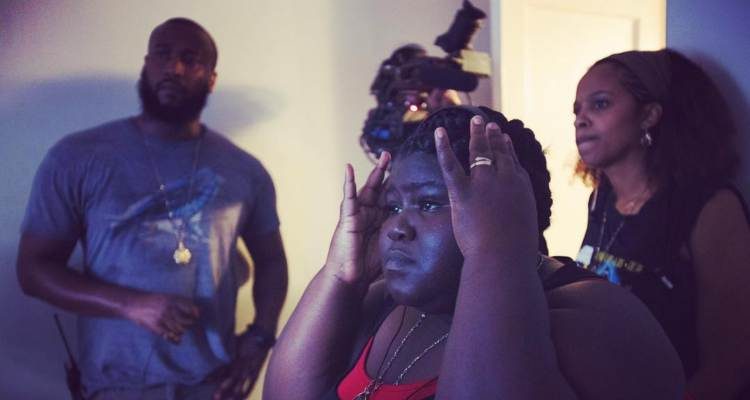 The 33-year-old actress showed off her slimmer frame on Instagram last week. Fans have been showering her with inspiring and uplifting messages, congratulating the actress on her remarkable weight loss.

One fan wrote, “You are an inspiration,” and Sidibe really is, because her successful journey can potentially empower others to make changes to their lifestyles and lose weight. At her previous weight, losing pounds becomes more about real health than it does about any vain pursuits or desires.

The actress was moved by all of the support posted to her account regarding the picture, but wanted to let people know (via Twitter) that she didn’t post it to flaunt her recent weight loss, but rather was showing off her Biggie Smalls T-shirt and “laid” wig.

Sidibe’s weight has prompted many unkind people on social media to share their thoughts on her size over the years. It was particularly bad during the 2014 Golden Globe Awards, when she was teased for wearing a cream-colored dress. The actress hit back on Twitter, writing,

“To people making mean comments about my GG pics, I mos def cried about it on that private jet on my way to my dream job last night.”

When she filmed Precious, Sidibe weighed in at about 350 pounds, which led many health enthusiasts to make negative comments regarding her extreme obesity. Sidibe wanted to lose weight and was fully aware of the health concerns that could result from her extreme weight.

In 2015, she set a goal to lose 50 pounds and she reached that goal this year. She says she feels better.

How Did Gabourey Sidibe Lose the Weight?

The actress put a team of experts together to help her lose the weight, including a celebrity trainer and nutrition expert, which is an excellent idea when trying to lose that much weight because a properly structured nutrition plan is necessary and critical to success.

Her nutrition coach started her off at a gradual pace by removing the three highest sources of calories in her diet: sausage pizza, chocolate ice cream and chocolate bars. So basically, the nutritionist removed junk food from Sidibe’s diet.

Breakfast was often whole-grain oatmeal with an egg white scrambler or a weight-loss green smoothie, which contained powerful ingredients to help stimulate the metabolism and lose weight quickly. The three ingredients were Matcha green tea, cinnamon, and MCT oil.

Lunch for the actress consisted of slow-digesting carbohydrates and lean protein. Following a protein diet that is low in sugar and carbs is a good way to lose weight and keep it off.

Exercise was also a large part of her weight loss regimen and she did a leg-and-cardio routine that helped her burn a lot of calories per session, three to four times a week. Her trainer has said that to burn fat rapidly and effectively you need to train your body’s largest and strongest muscle groups consistently and frequently.