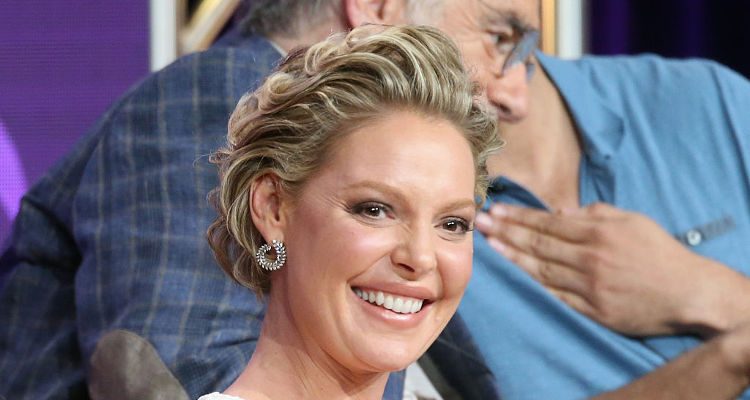 Actress Katherine Heigl is best known for her role as Izzie Stevens on ABC’s medical drama Grey’s Anatomy. The role she played from 2005 to 2010 earned her a Primetime Emmy Award for Outstanding Supporting Actress in a Drama Series for 2007.

The 37-year-old is rumored to reprise her role for Grey’s Anatomy season 13.

Cosmopolitan is speculating that a cameo could come from Heigl due to the growing importance of her former husband on the show, Alex Karev. Karev also works on the clinic that Stevens set up, which may be a good time for Heigl’s return.

That being said, Katherine Heigl is also in her first pregnancy with husband Josh Kelley, so Grey’s Anatomy may not be a top priority. The couple is expecting a baby boy and also has two adopted daughters named Nancy Leigh “Naleigh,” 7, and Adelaide, 4. Check out a recent Katherine Heigl Instagram photo:

For all you gestating ladies out there check out Those Heavenly Days for my "Pregnancy Favs…Thus Far" and get some tips and tricks for feeling more comfortable inside and out while growing a life! thoseheavenlydays.com

Heigl quit coffee four years ago due to her stomach problems but now recommends caffeine again based on her OB/GYN’s advice that caffeine might reduce her sinus problems and headaches. In a recent blog post, Heigl noted that her doctor assured her that a cup or two of coffee was acceptable. She even drinks a low acid organic coffee after a recommendation from a friend. It is far easier on Heigl’s stomach, and it is mindfully grown without harsh chemicals.

Heigl’s doctor’s recommendations align with American Congress of Obstetricians and Gynecologists (ACOG) guidelines. It suggests that moderate caffeine consumption during pregnancy doesn’t contribute to preterm birth or miscarriages. The key here is moderate, with the ACOG recommending less than 200 mg of caffeine per day, or two cups of coffee. However, Heigl added that coffee during pregnancy may not be for everyone, and it is important to use your instincts and intuition regarding the health of you and your baby.

Katherine Heigl says it has been 10 times harder to work out while pregnant. As a result, she is often not up for weight training, lengthy cardio workouts, or any other new fitness class; however, she does enjoy yoga, she notes.

Prior to her pregnancy, Heigl reportedly worked out two to three hours daily in the gym while working out a different body part each day. Her workout included 20 minutes on the treadmill and about 20 to 30 minutes of weightlifting. Heigl’s exercises included kickboxing, jumping squats, curl bar exercises, triceps, biceps, and pull-ups and push-ups to build her core strength.

In the first month of pregnancy, Heigl says she was eating huge slices of chocolate cake and large bowls of fettuccine Alfredo. If Heigl continued on this path, she may have compromised her baby’s health.

When not pregnant, Heigl has an interest for healthy eating and a balanced diet plan. She will reportedly consume between 1,700 and 2,000 calories while avoiding alcohol completely. Heigl is also said to start her day with a glass of water before she eats breakfast. Her breakfast often includes toast, baked eggs, and a glass of milk. Lunch may be a lean meat source or fish with salad. Heigl might also eat nut, protein, and berry shakes for meals.

Is a return to Grey’s Anatomy in the future for Katherine Heigl? Time will tell, but as of now, she is focused on her first pregnancy and the health of her upcoming baby boy.