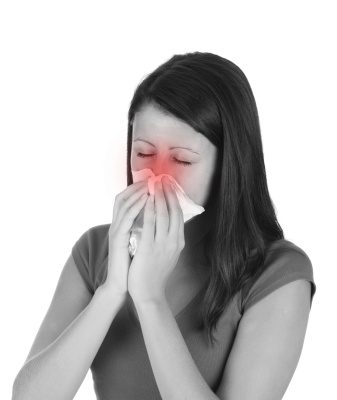 Cold and flu season is upon us, with many people succumbing to this disease at the moment. I have had a brush with it myself, butI successfully fought it off over the last two weeks. How did I do it?

Simple: I took vitamin C (5-8 gr/day), fish oil (4,000 mg per day), Coenzyme Q10 (200 mg/day) and used some over-the-counter generic “Tylenol” sparingly. I also drank a lot of fluids, exercised carefully, if at all, concentrated upon getting more rest, and decreasing stress while eating a healthy diet. I was able to completely fight off the flu without really getting too sick because I began taking more vitamin C (and Tylenol) during the moments I felt unwell. Every other aspect of my lifestyle (except getting more rest) was kept the same.

Vitamin C has been attributed as being a cure for the common cold but is it a true remedy to the age-old question of how to prevent the flu? Using vitamin C early on, during the viral infection time frame, can lessen your symptom severity and duration, if you take enough!

In my clinical opinion, to make a discernible difference, the effective dosage is approximately 500 mg per hour. Vitamin C is a water soluble vitamin and is not stored but exceeded when the plasma levels are elevated. To influence the immune response, which is important if you want to know how to prevent the flu, the plasma needs to be saturated with vitamin C.

In animal studies, vitamin C has been shown to reduce the effects of the influenza virus in the lungs of mice by causing an increased secretion of a chemical known as interferon from specific immune cells. However, the effects were most noted in the early stages of infection, another reason why it’s important to take vitamin C early if you want to know how to prevent the flu.

Other data has shown that vitamin C is not that effective in the prevention of viral infections like influenza but still has a positive effect on the degree of symptom intensity and duration of influenza infections.

It also should be remembered that these research trials rarely use the proper clinical dosages necessary to measure a statistically significant finding compared to a placebo treatment. Given this rather common flaw, the results are still quite favorable regarding the use of vitamin C to know how to prevent the flu and manage colds.

My recommendation is to take 500-1,000 mg of vitamin C daily. During the approaching cold and flu season, double this dosage. While the research isn’t perfect, studies show—and anecdotal evidence, including my own experiences, show—that taking vitamin C can indeed help if you want to know how to prevent the flu.

Vitamin C is the real deal and does work effectively and safely! If you want to know how to prevent the flu, vitamin C can definitely play a role!