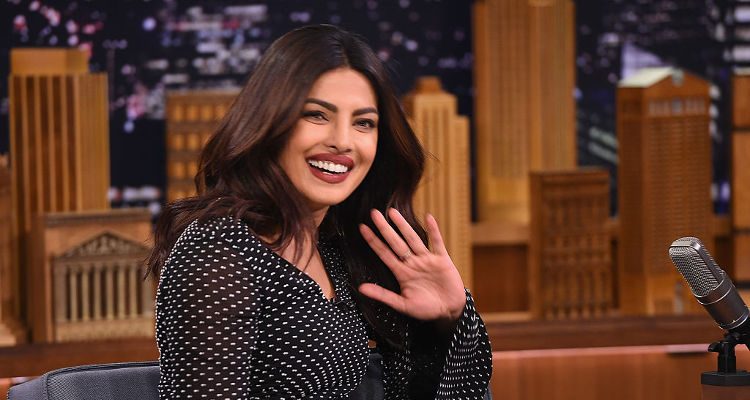 Quantico star Priyanka Chopra stays fit through healthy eating, but she doesn’t believe in being skinny. Instead, Chopra believes the simple formula to looking good is eating right and staying active. The 34-year-old actress shared her views in the November issue of Women’s Health, and what she says may surprise you. Here is a look into how she stays in shape.

Priyanka Chopra doesn’t overdo it in the gym or even try starving herself to look as good as she does. Chopra likes to eat healthy whenever she can and actually wants to be curvaceous instead of ultra-thin. Her ideal is to be lean but still curvy. She takes a mind-over-matter approach to health and wellness and states that she actually runs the show when it comes to the cravings her body has. She likes to avoid ill health and low energy, so making healthy food choices is imperative.

Of course, like everyone else, she has guilty pleasures. They include juicy hamburgers, buffalo chicken wings, and pizza, but she eats them in moderation. Even if her body is craving those foods, she will think her choice through and go for maybe vegetables, fruits or salad instead.

Chopra, who is also a self-professed feminist, believes in keeping her health in good standing with home-cooked food because she has to be active and fit enough to do her own stunts on Quantico. She really trusts her body as well as her instincts when it comes to performing stunts.

Chopra thanks her Indian genes for her great figure and admits that she doesn’t have the tendency to gain weight like some people do. She also doesn’t mind eating well. She eats lots of leafy greens and vegetables, fruit and also keeps herself hydrated, which makes her skin glow. Consuming fruits and veggies means she gets a lot of vitamins and minerals. One thing she tries to avoid is fried and oily food as they clog the arteries and pores.

Chopra does have a sweet tooth and sometimes eats cake or chocolate to satisfy her craving on the weekends. An example of her daily meal plan might be egg whites, skimmed milk, and oats for breakfast; veggies, salad, daal, and chapattis for lunch; turkey sandwich or a sprouted salad as a snack; and grilled chicken or fish with soup or veggies as dinner.

Chopra’s daily gym workout routine is simple and easy to follow. She reportedly spends no more than one hour in the gym with exercises that target the spots she wants to keep tight and toned. She is not a fitness or gym rat. Instead, Chopra likes to do yoga and strength training and apparently prefers these over weight training. Some of her favorite yoga poses are said to include the Warrior Pose, Tree Pose and Half Lord of the Fishes Pose.

Priyanka Chopra loves what she does, and that’s why she tries to keep fit with a simple and effective diet and balanced workout routine. She tells Women’s Health that she loves that more and more strong roles for women are emerging in Hollywood and hopes that it continues as time goes on.