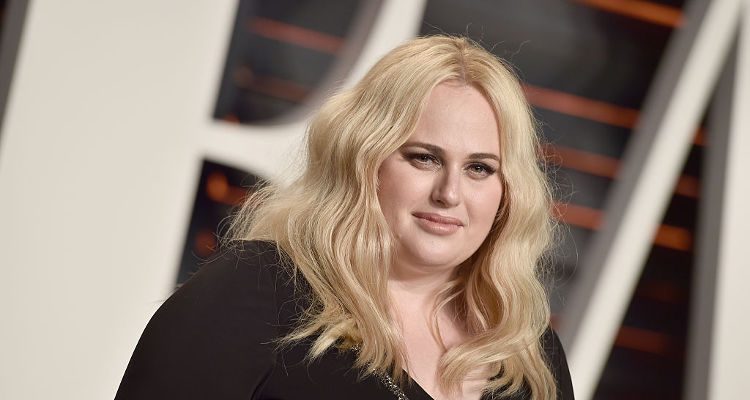 Rebel Wilson, who starred in Pitch Perfect, showed off her weight loss at the Holiday Inn Premiere in New York City.

Wilson, who is known for her plus-sized body, shows us how amazing you can look at any size. She is a real icon for body positivity, and it looks like she is tending to her health more and more.

She first appeared to have lost a considerable amount of weight when she attended the wedding of her Pitch Perfect co-stars Anna Camp and Skylar Austin in the summer. Wilson, 36, looked beautiful in a pale pink dress and snazzy hair while she posed with friends for photos.

At that time, Wilson was doing a workout that consisted of walks on the beach with friends and playing tennis, which is an awesome cardio and muscle workout.

She kicked off her health and fitness lifestyle by attending a health retreat in Los Angeles, and she hasn’t looked back since. Wilson shared that she lost eight pounds in just three days at the retreat center, called The Ranch Malibu.

That was a great catalyst for Wilson, and she may be keeping the weight off through her current participation in the musical Guys and Dolls, where she performs intense dance routines on stage.

Did you know that Wilson once admitted that she purposely gained weight to get more roles in Hollywood? It’s true—she thought she would “get more laughs” if she gained weight. It worked.

Now, Wilson describes her dedication to fitness as making a body transformation between roles. She is super dedicated and even shared with E! Online that she does personal training five times per week in addition to playing tennis. Sometimes she jokes about being lazy and wanting to indulge in junk food, but it’s very clear that Rebel Wilson enjoys tending to her fitness – she looks like she’s in the best shape of her life.

One of Wilson’s most recent ventures is her clothing line for plus-sized women. Wilson is a size 18, and noticed that all of the clothing available for bigger women is unfashionable—because she noticed a gap in the market, she decided to close it. Wilson wanted to create clothing that plus-sized women can feel good and look beautiful in. She also wanted to create quality clothing that fit and complemented figures.

Wilson partnered with Torrid, a brand that specializes in sizes 12-28 and, together they created a 31-piece collection which comes out on November 1, 2016.

Wilson admits that growing up she was not that fashionable—she came from a dog showing family (and apparently the outfits they wear are not a pleasant sight). However, since becoming a recognized and famous actress, Wilson realized that she has a fan base of teen girls, and she wants to become more cognizant of what she wears and what kinds of things she stands behind. This may be one reason why she began to take care of her health. It could also be why she created this clothing brand for plus-sized women.