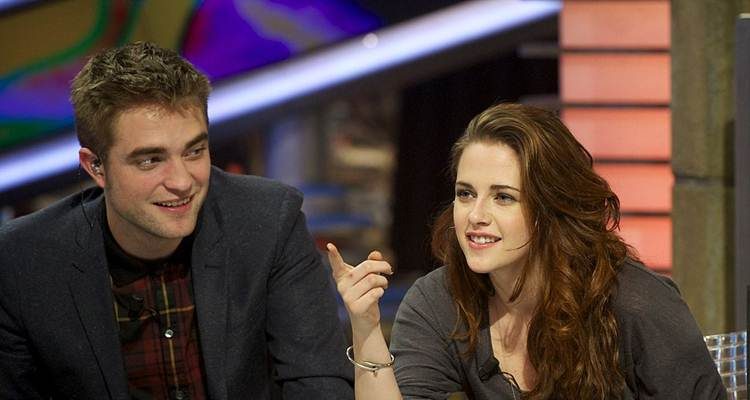 Are Kristen Stewart and Robert Pattinson reuniting? Rumor has it that a Twilight sequel may be in the works which would have Pattinson reprise his role as the infamous vampire, Edward Cullen. Although fans would love to see Stewart and Pattinson back on the big screen together, one person isn’t so fond of the idea.

Pattinson’s current girlfriend FKA Twigs is reportedly anxious about the two reuniting. If you recall, they previously had a love affair. But would another Twilight sequel really be the cause to rekindle their romance? Some are doubtful.

Stewart has been spotted time and time again with her new girlfriend, St. Vincent, and so it seems as though Stewart no longer fancies men.

Pattison and Twigs were scheduled to be married but it seems that has been put on the backburner. Could it be because Pattinson is still harboring feelings for Stewart?

Although no formal announcement has been made about a Twilight sequel, both Stewart and Pattinson have expressed interest in being part of it. We will just have to wait in the meantime until the official news breaks.

Robert Pattinson Transforms for Role In “The Lost City of Z”

As a teen vampire, Pattinson’s look was pale white and clean shaven—much different than his role in The Lost City of Z. Pattison expressed that what he didn’t like the most about his role in the film was the fact that he had to grow facial hair. He noted that it took forever to grow and was ecstatic when he was finally able to shave it all off.

Furthermore, Pattinson lost a lot of weight during filming as he said there wasn’t much eating going on set. In total, he dropped about 35 pounds.

To get in shape for his role as Edward Cullen, Pattinson had to look lean and ripped—more like a supermodel and unlike the muscular werewolves in the Twilight franchise. To stay lean and bulk up, Pattison performed cardio along with boxing drills and circuit training.

Heavy weight-lifting would cause Pattinson to bulk up too much and so supplementing his workouts with plenty of cardio kept him lean.

There was also a strong focus on defining his chest, back, arms and shoulders which was done by completing shoulder presses, back rows, and push-ups.

To make him look proportionate, his lower body workouts consisted of dumbbell side bends, crunches, and jump squats.

As for his diet, Pattinson has been known to consume three meals and two snacks a day. Although he doesn’t follow a specific or strict diet, he does try to be balanced about what he eats as it compliments his workouts.

Whether or not Robert Pattinson and Kristen Stewart will share the big screen again is still unknown, but we’re sure that Twilight fans are definitely keeping their fingers crossed for it.