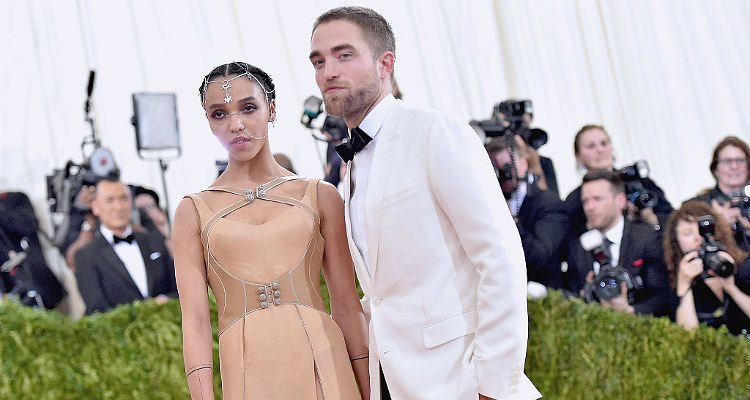 Being a superstar celebrity requires some sacrifices, and many of those have to do with diet and exercise. The Twilight series was a major franchise success that pretty much launched the careers of Robert Pattinson and Kristen Stewart.

The two actors even started a relationship after having met on set that carried on for years, which was inevitable because they spent all that time working together. However, they’ve both moved on to other projects and new partners. They even worked out together!

Nathan Mellalieu was the trainer for the entire cast of Twilight during the making of Eclipse, which was filmed in Vancouver, so he had a chance to work with the two stars during filming of the teenage vampire saga. His aim was to get the actors looking buff, but also to get them ready for action.

“One of the big priorities the movie gave us,” he said in an interview with The Vancouver Sun, “is making sure these guys not only looked great but were in peak physical condition.” Preparing them to do the epic battles scenes was important.

Being prepared to jump, leap, swipe, and to throw a decent jab were all part of his training with the cast members, including Pattinson. Stewart never used Mellalieu’s downtown gym, and he isn’t sure why, but speculates it is likely because the actress didn’t need to have a large physical presence and was more the “damsel in distress.” Of Pattinson, he says that the actor really liked the martial arts aspects of training they incorporated, and that he actually had really good hand speed. Kickboxing was part of that, as was some CrossFit inspired training.

For Breaking Dawn, Pattinson worked out with trainer Harley Pasternak and used his five-factor plan for diet and exercise. One of Pattinson favorite exercises when working with Pasternak was to work on his upper body by doing dumbbell bicep curls and lying dumbbell triceps extensions.

What Pasternak recommended for the newly-engaged star was a five-minute cardio workout followed by a circuit of bicycle crunches, double crunches, dumbbell side bends, and then a superman with three sets of 25 reps per move. The two have worked together for years now, and they often workout four to five times a week. The workouts he does with Pasternak are mostly resistance and strength training.

Pattison prefers to eat smaller meals throughout the day, not just one meal per day, as is how the Five Factor Diet is structured, and he doesn’t like to skip any of these meals. He eats a lot of lean proteins, such as chicken and fish, along with lots of fruits and vegetables. Sugar and processed foods are off limits for him.

Stewart has always had a lean and slender body, never one that has looked very muscular or particularly toned, but that isn’t to say the actress doesn’t work out at all. Her workouts are geared more towards building stamina and to feel good.

Before the 2012 movie Snow White and the Huntsman, she admits to never having worked out. Her workout routine now often includes Pilates, squats, resistance exercises with free weights, running, and push-ups. Her workouts are regular; one thing she loves to do is yoga, especially Bikram yoga. Swimming and dancing are two other activities she loves to do and are quite good at as well.

She eats a protein-rich and low-calorie diet, but some of her cheat day indulgences include sushi, pasta, and pies. She has even been known to make pies herself.