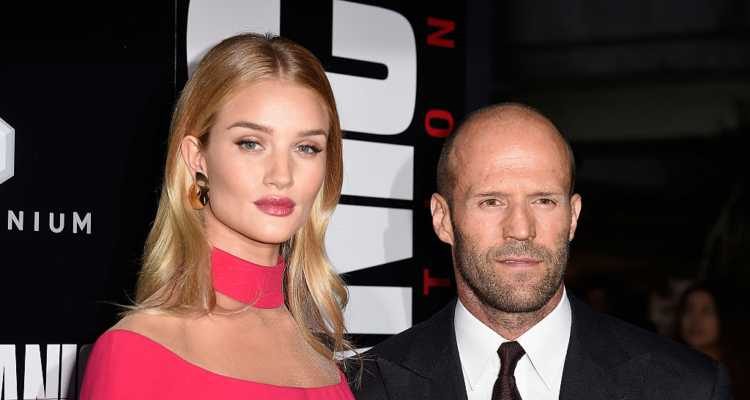 Rosie Huntington-Whiteley is an English supermodel and actress best known as a Victoria’s Secret Angel who has appeared in five Victoria’s Secret Fashion Shows from 2006 to 2010. She is also actor Jason Statham’s fiancée.

The 29-year-old’s latest venture is the launch of her active wear collection called Rosie for Autograph Active, which includes a ballet-inspired line of workout gear that will feature wraps, tops, pants, leotards, and other pieces of clothing in shades of pink and grey, and also black. Huntington-Whiteley gives a sneak preview of her active wear line below.

Super duper excited for the new #RosieForAutograph active collection to launch this January!! Here's an early peak of whats to come! ????‍♀️??‍♀️

The active wear collection will launch in January 2016. It is a British brand called Marks & Spencer, but they do ship to the U.S. The active wear line is considered an extension of Huntington-Whiteley’s lingerie collection.

Huntington-Whiteley is not just a pretty face with an active wear line. The blonde beauty is also very active and has an intense workout routine and healthy diet. Let’s take a quick look at her exercise and diet regimens.

How does Huntington-Whiteley stay in shape? She often works out at the gym. Once a month, she will travel from Los Angeles to London; and she is always exhausted when she arrives.

Huntington-Whiteley trains really hard, but avoids pulling a muscle with some stretching and vinyasa flow yoga. She also enjoys workouts that focus on the stomach muscles such as Pilates, and performs vigorous resistance training at the gym. She has also tried a high-powered dance class called Body by Simone.

Huntington-Whiteley also enjoys skipping rope, which helps increase her heart rate. On her downtime she also will hang out at home with her dogs, hiking, swim at the beach, or do other fun activities with family or friends.

What is Rosie Huntington-Whiteley’s Diet?

Rosie Huntington-Whiteley also follows a very healthy diet, and has followed a lot of advice from Dr. Nigma Talib’s book Younger Skin Starts in the Gut. Huntington-Whiteley follows Dr. Talib’s diet plan that avoids alcohol, sugar, gluten, and dairy. The plan suggests eating healthy 80% of the time, and indulging the other 20%.

Although the diet has been an adjustment for the supermodel, she really has seen transformative results with noticeable skin changes. She also feels stronger and more energized. Huntington-Whiteley feels so good on the diet that she has even gotten fiancée Jason Statham on board with the eating plan.

Despite the healthy diet, Huntington-Whiteley admits that she misses some of her favorite foods and drinks, including wine, cheese, and croissants. Huntington-Whiteley will eat well at home, and sometimes when she goes out she might eat some French fries or share a dessert with someone.

She also consumes lots of water. When Huntington-Whiteley doesn’t drink enough she often gets bloated. Probiotics also help Huntington-Whiteley with digestion, and she will put them into smoothies or take them in a supplement pill form. For breakfast Huntington-Whiteley often eats a smoothie with bananas, almond butter, coconut oil, flax oil, leafy greens, and other fruit. The actress will use the high-powered blender called the Vitamix.

Huntington-Whiteley is also a big foodie, who tries not to restrict her diet. That being said, she will consume a low-carb diet that includes a lot of salads. She has also cut out red meat. Instead she will eat lean protein sources like lamb chops, chicken, or fish. She also enjoys eating at vegan restaurants.

Rosie Huntington-Whiteley has also transitioned to acting, and is known for her supporting roles as Carly Spencer in Transformers: Dark of the Moon (2011) and The Spendid Angharad in Mad Max: Fury Road (2015).