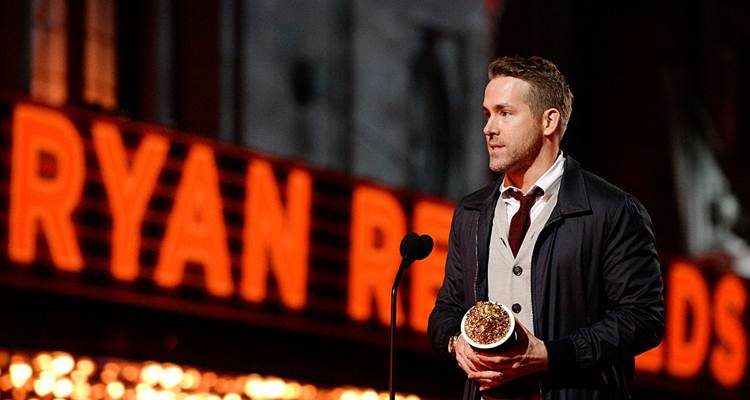 Ryan Reynolds was a hit in Deadpool and did a great job bringing the comic book anti-hero to life. The workouts he did to get his body ready to wear a tight red suit that was unforgiving in every way were incredibly intense, rough, and all consuming, so much so that Reynolds says it took its toll on his body.

The actor even says that he suffered from anxiety and had a nervous breakdown after shooting for the movie ended.

The Canadian born actor, and husband to Blake Lively, is well-known for his fitness and ripped muscles, especially his washboard abs. He is committed to his fitness regime and having a near perfect body that is sculpted and strong.

How does he do that? By focusing on weight training, targeted abs workouts, circuit training, and of course, strength training.

Los Angeles based personal trainer Bobby Strom works with Reynolds and is a key part of the actor’s physique. The two have been working together for over eight years, with the simple goal of achieving the “perfect” body for Reynolds. Strom says that for every movie, there is a different schedule of exercises that they focus on, depending on the look required for that role.

For his role in Green Lantern, Strom created a superhero workout routine that targeted almost every major muscle group. They even added in yoga and Pilates to round out the workouts. His exercise routine was every single day for 90 minutes for six months.

Reynold’s told Men’s Fitness in an interview that “he’d been a fan of Deadpool all my life, so I was gonna murder someone if it wasn’t me [who played him]… I had to gain muscle quickly.

I was eating, like, live children as they passed in order to bulk up.” He worked with another of his trainers, Don Saladino, to get him fit for Deadpool, and put on seven pounds of pure muscle for the role.

Saladino’s focus was not creating a superficial appearance of fitness, but developing Reynolds’ legitimate strength abilities, which was partially achieved by doing tons of dead lifts and squats, which provide a lot of gains where muscle development is concerned.

All of this and the hype for the movie took its toll on the actor, who went to the doctor after shooting ended because he had the shakes and they wouldn’t go away.

He was diagnosed with anxiety. He told GQ Magazine that he “felt like I was on some schooner in the middle of a white squall the whole time. It just never stopped. When it ﬁnally ended, I had a little bit of a nervous breakdown.”

Anyone who has had anxiety will attest to how hard it is to both explain and manage. But many people experience these symptoms, though they may not talk about it. There are 100 signs and symptoms for anxiety, panic attacks, and other anxiety disorders. Everyone has different ones and won’t likely experience all 100. Some of these are:

Anxiety is really about being in a state of uneasiness that manifests in the above (and other) ways. If you or someone you know is experiencing anxiety, don’t go through it alone. Talk to friends and family, mention it you your doctor, and read up on it so you know you aren’t going crazy and that there is help.