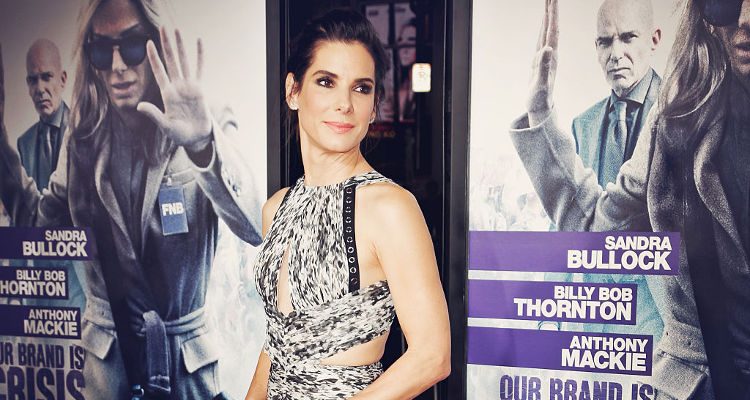 Sandra Bullock and Cate Blanchett are currently shooting for the 2018 film Ocean’s Eight, a spin-off movie of Ocean’s Eleven that will feature women as the main heist group. Both stars are slim and workout to stay fit.

Exercise is important for Bullock, who likes to do a variety of activities to stay motivated and keep it interesting. The mom of two enjoys dancing, cardio activities, yoga, and Pilates. Bullock works out as much as six days a week, with each session lasting from 60 to 90 minutes.

One of her favorite workouts is kickboxing. She told Vogue magazine that she does “a lot of Pilates, kickboxing and weight training in L.A. and when I’m in Austin (Texas) I run or ride a bike.”

She often works out with Simone De La Rue, of Body By Simone, a New York dance studio that has a long list of celebrity clients. The two work out together one-on-one. De La Rue believes that anyone can change their body if they are willing to put the work into it, and Bullock proves that she is not at all lax when it comes to exercising.

When taking classes with De La Rue, Bullock works on stretching, toning, yoga, Pilates, and does a lot of dance cardio. De La Rue says the actress has completely transformed her body since picking up her program. Bullock does some weight training to get her toned, using new-age fitness equipment like a resistance band and Pilates ball. De La Rue has three go-to moves that have helped shaped Bullock’s arms. They are: the pony kick with a Pilates ball, the bicep curl with a resistance band, and triceps extensions with a resistance band.

Having toned arms, she says, is something Bullock loves. When people ask her how she stays in such great shape, the actress replies quite bluntly saying that she and other actors are paid to look good on film.

Bullock’s diet is all about eating the right kind of carbs that are filled with fiber and have a low glycemic index (GI). She eats throughout the day, up to six times. Black beans, brown rice, chicken and fish, and vegetables are some of her core foods that she eats regularly. The Blind Side actress does admit to having a sweet tooth. Some of her indulgences are raw cookie dough and pastries, but she allows herself only one cheat day a week.

How Cate Blanchett Stays in Shape

Cate Blanchett, 46, loves doing Pilates with a personal trainer. In an interview with NY magazine, she said that Pilates is “the perfect exercise, just made for actors’ bodies.” At home, she has an elliptical trainer and she says that is good because it is often the only exercise she gets. “My job is active, I end up stretching each day before I go on, so I feel very taken care of in that way.”

She does have a trainer and they do train indoors together to avoid the paparazzi. They do lots of weight training, bodyweight exercises like planks, squats, lunges, Pilates, and stomach exercises.

The actress drinks hot water and lemon every morning, and then has a cup of coffee.