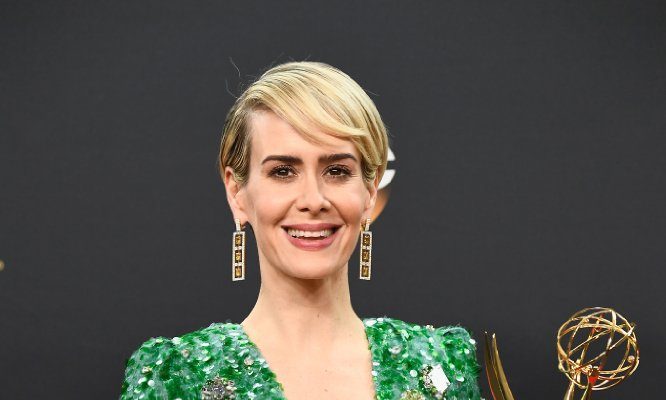 Sarah Paulson’s reaction to Madonna at Met Gala 2017 has certainly made the news but one shouldn’t overlook the fact that Sarah continues to look petite. Her slim figure was on display at the red carpet.

She has also starred in Academy Award-nominated films 12 Years a Slave and Carol. Since 2011, she has starred in American Horror Story and earned four Emmy Award nominations.

Sarah Paulson’s beauty regimen involves a diet and workout routine to give her energy throughout the day.

Sarah Paulson follows a very healthy diet leading up to the Emmy Awards. Before the Emmys, Paulson will eat a big breakfast and work out at the gym for weight loss.

But after the Emmys is a different story for Paulson, who will indulge in french fries, donuts, ice cream, chocolate, and salt and vinegar photo chips.