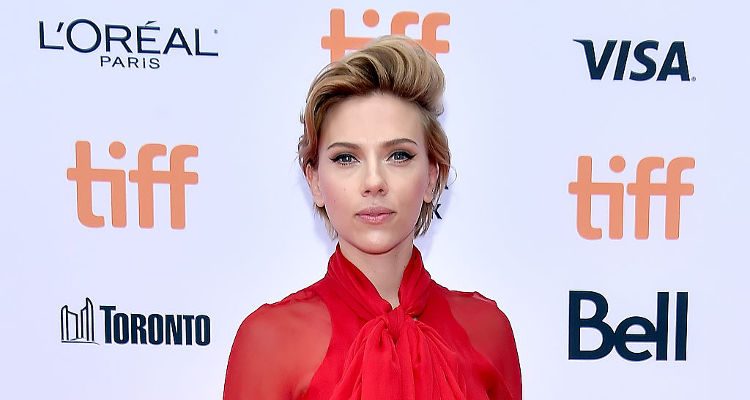 In Scarlett Johansson’s upcoming movie Ghost in the Shell, which is based on a Japanese manga of the same name, the actress plays The Major, a cyborg police woman, and Johansson shows that strong women look good, are fit, tough, and can fight like any man. This isn’t the first time the actress, 31, has had to do some hard training for a role.

In Captain America: The Winter Soldier, Johansson’s workouts were intense, involved, and pretty much happened every day, so she is no stranger to putting in great effort to reap great results where her body is concerned. The same was true of her roles in Captain America: Civil War, and Iron Man.

Her workouts for Captain America had her repeatedly saying the same things in interviews: she works out like a dude, she finds it boring having to wake up at 5 a.m. every day to work out, and eating only chicken, salmon, and vegetables (such as kale) is boring.

Really, who can disagree with her? But the truth is that you do have to work out aggressively to get in shape for those types of roles. Commitment to exercise almost every day is the key to continued success and results, and eating lean proteins, few simple carbs, and fresh vegetables will keep the body slim.

A healthy diet is as important as exercise when it comes to weight loss and maintenance. Not much fun, but they are proven and effective ways to keep weight off and build a strong physique. In the movies where the actress played Black Widow, she had to wear a tight-fitting cat suit that is utterly unforgiving. So, it’s no surprise that Johansson wanted to exercise hard so she could look as good as possible in that outfit.

The mom of one told French ELLE magazine in an interview that “I’m not a fan of cardio, I like lifting weights. To be honest I work out like a guy!” According to trainer Bobby Strom, who worked with Johansson on those movies, her workouts for Avengers and Ironman 2 included doing squats, lunges, planks, pushups, chin ups, as well as kettlebell and circuit workouts.

This might seem like a simple workout, but it actually isn’t. Circuit workouts are hard and require a lot of stamina and effort, and when done every single day, the results can be impressive. Just look at Scarlett Johannsson—even when not feeling motivated, it is important to stick to a schedule and push through it if you’re after results.

In 2009, Johannsson wrote a blog post for the Huffington Post where she talked about her diet among other things. In the post, she was blunt and summed up her mentality towards diet and exercise. She said, “There is no magic wand to wave over oneself to look good in a latex catsuit. Eating healthy and getting fit is about commitment, determination, consistency and the dedication to self-preservation … although I enjoy a grilled cheese as much as the next person, I combine the not-so-good foods I crave with an all-around balanced diet.”