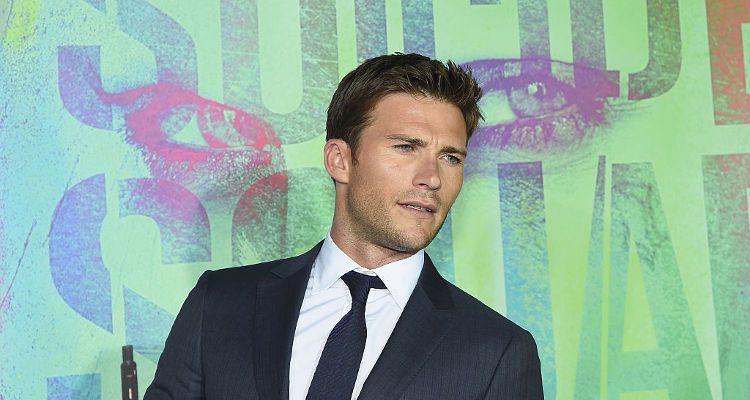 Although Halloween is not until the end of the month, Scott Eastwood already has his Halloween costume picked out. Eastwood’s father and legendary Hollywood actor-director Clint Eastwood is the inspiration for his costume.

The 30-year-old showed off his ensemble at a star-studded costume party called the Hilarity for Charity’s Fifth Annual Variety Show. The party benefits the Alzheimer’s Association and was held in Hollywood Saturday, Oct. 15.

Eastwood’s Halloween attire channeled his father’s 1966 classic cowboy western film The Good, The Bad and The Ugly. E!News reports the celeb offspring texted his father a picture of his cowboy-inspired costume, which was complete with Clint’s famous poncho, cowboy hat, and dusty denim trousers. The costume looked so good that Scott Eastwood could have easily been mistaken for his father. Joseph Gordon-Levitt, Snoop Dogg, and Scandal stars Adam Shapiro and Katie Lowes also attended the star-studded pre-Halloween fundraiser.

Scott Eastwood has been busy in recent years. This year alone he has stared in Mercury Plains, Walk of Fame, Snowden, and Suicide Squad. Scott Eastwood is currently bulking up for upcoming role in Pacific Rim: Maelstrom, which starts filming in Australia in November.

Eastwood has been posting a lot of workout videos to Instagram lately, including strength training, boxing, and an abs workout. Eastwood is able to develop his core to get washboard abs from balancing on the BOSU-ball. He also uses a kettlebell to tone his triceps.

The following is an Instagram photo of Scott Eastwood doing push-ups for war veterans suffering post-traumatic stress disorder (PTSD). Dwayne Johnson, aka The Rock, challenged Eastwood to do the 22 Push-up Challenge, and the Suicide Squad actor later challenged Ludacris to complete the same push-up challenge for PTSD awareness.

Thanks @prattprattpratt and @therock for calling people out this morning. the #22pushupchallenge is to raise awareness for our veterans that are suffering out there. We must never forget about those who fight and die for this country. If you are suffering call 1-800-273-8255 @ludacris know your hungover but I'm challenging you!!!

Eastwood is set to star in the eighth installment of the Fast and the Furious franchise, which also stars Dwayne Johnson and Jordana Brewster. Eastwood showed off his muscular physique and great boxing workout, and he has been seen sparing with his trainer. On a good day, Eastwood will hit the gym and do some sort of cross training.

Eastwood never gets bored with his workout plan. He will perform lots of different exercises for the body that include more than just a gym workout. For Eastwood, his workout regimen is more than just one thing, and his exercise routine will include a wide range of indoor and outdoor activities. For instance, he will go surfing, take a jiu-jitsu class, and enjoy swimming or paddle boarding at night.

Dad Clint Eastwood would always stress that a healthy body will lead to a healthy mind, Scott says. That way there isn’t any pressure for Eastwood to hit the gym every day, and it’s more enjoyable for Eastwood. Although Scott Eastwood is thought to eat a healthy diet, he will give in to his food cravings once in a while. Eastwood’s main guilty pleasure includes Mexican food with chips and salsa.

Sources:
“’Are you going to punish me today?’ Scott Eastwood shows what it takes to get into shape as he spars with a trainer in the ring,” Mail Online website, June 8, 2016; http://www.dailymail.co.uk/tvshowbiz/article-3631478/Are-going-punish-today-Scott-Eastwood-shows-takes-shape-spars-trainer-ring.html.