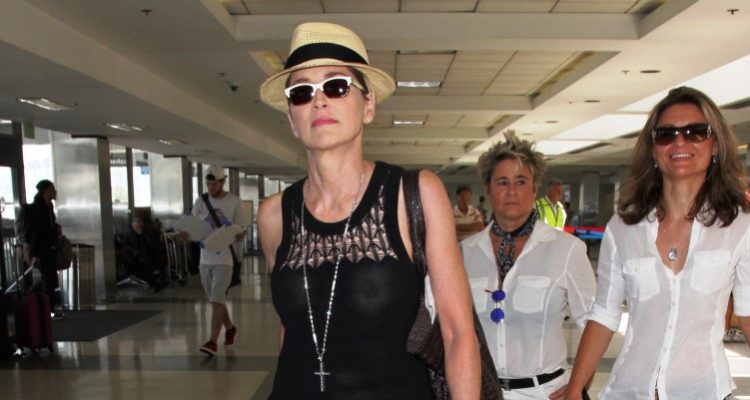 Sharon Stone’s age is 58, but she has a body of woman at least 20 years younger. The Hollywood actress has certainly aged gracefully, and is the envy of many women half her age. Sharon Stone’s weight is 145 pounds. That’s incredible, especially standing at five-foot eight-inches tall.

However, it wasn’t always this easy for Stone. In 2001, she was rushed to the hospital with a stroke and subsequent cerebral hemorrhage that lasted nine days. The brain aneurysm changed everything for Stone, and it led to dark period for the actress that gave her a new outlook on life that eventually made her stronger. The Basic Instinct star had to learn to talk, walk, write, and read again, and if that wasn’t bad enough, the rest of her life fell apart too. In 2004, Stone divorced husband Phil Bronstein who was then granted full custody of their adopted son in 2008.

Basically, Sharon Stone had to start life over, and this rebirth gave her a new outlook on health and life.

It’s 15 years after Sharon Stone’s brain aneurysm, and she’s feeling better than ever. Her acting career is on track with several major roles. Sharon Stone’s anti-aging secret after the incident is a combination of a low glycemic index (GI) diet and a fabulous workout plan that has the aging star dancing around and enjoying life.

Stone used to punish herself with grueling daily workouts, but after her near-death experience, she realized that staying in shape could be achieved through easier methods than a punishing exercise regimen. Now, every time she exercises, she performs a different workout based in different areas that require motion. The Sharon Stone workout includes strength straining, total-body stretches, Pilates, yoga, and dance workouts.

Healthy low glycemic foods include quinoa, green lentils, raw carrots, and non-starchy vegetables such as cabbage, tomatoes, broccoli, apples, and plums. Sharon Stone’s diet is also low in sugar. She replaces caffeine with herbal teas, and the only alcohol she drinks is a little wine with dinner. Her one weakness is dark chocolate.

Since Sharon Stone’s brain aneurysm, life has been a challenge for the actress, but one that she has conquered partially through a nutrient-rich low GI diet, and fun and stress-free workouts such as yoga and dance-based exercises. Sharon Stone has proven that despite life-threatening injuries, you can still thrive in life and in health.