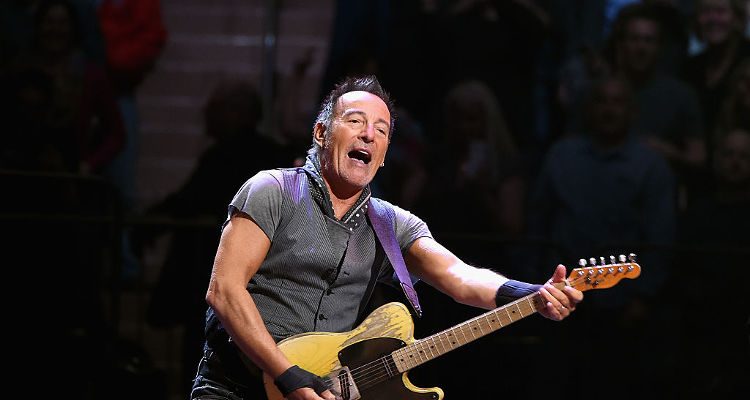 Singer Bruce Springsteen revealed his battle with anxiety and depression in his memoir Born to Run. The book, about Springsteen’s life, highlights a boy who grew up being bullied, which paints quite a different picture of the confident man.

If you didn’t know, Springsteen actually takes antidepressants for his mental illness. He admitted to a reporter of The Sunday Times, “Depression will steal your life. It will take it right out from underneath you by the things you do. You’re under its sway. So psychopharmacology, for me and for my father, was very, very helpful.”

Springsteen is thankful that he began taking medication at the right time, as it allowed him to continue to do what he loves—performing and singing.

Springsteen’s story is an amazing one because it isn’t very often that we get a narrative on depression from a male’s perspective. Springsteen has shown the world how brave he really is, and that it is possible to live with depression—all it takes is some help.

Springsteen wasn’t very close with his father, and noted that he probably only spoke no more than 1,000 words to the singer as he was growing up. He paints a picture of his father as a man who desperately needed help, but never got it. Springsteen is appreciative that he took the necessary steps to get himself help.

With the help of medication and therapy, Springsteen was given a second chance at life with his second marriage. Springsteen’s greatest fear was that he was going to end up like his father, so instead of trekking down that same path he decided to do something instead. We all too often hear about celebrities committing suicide, as they face years of depression without getting any help. Springsteen did not go down that path, and instead took an active role in bettering himself.

To his fans, Bruce Springsteen is no less than a legend. He has managed to have one of the longest entertainment careers, and now fans will be able to get a deeper look into the life of Springsteen, which unveils the truth of what it took to keep that career going.