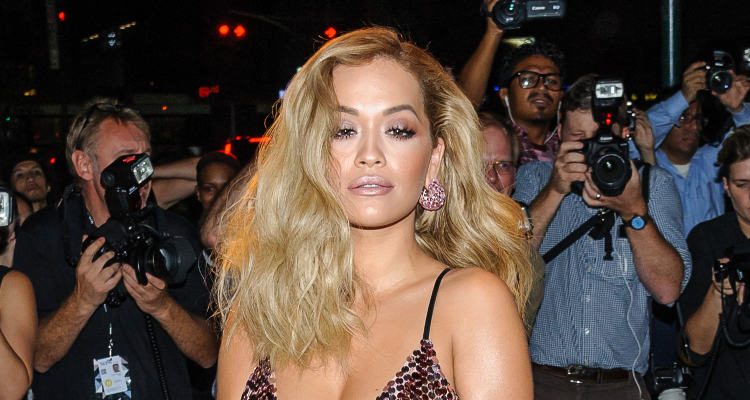 Rita Ora, Rob Kardashian’s ex-girlfriend, is following a healthy eating diet and portion control to keep her body toned and lean. The British singer also does Pilates and yoga to maintain her shape. Ora rose to fame in 2012 with three songs from her debut album Ora reaching top positions on the UK Singles Chart.

The 25-year-old singer and actress stays in svelte shape by eating right and exercising, but that doesn’t mean she won’t have cheat days or allow herself her favorite fizzy, sugary drink – one of her all time guilty pleasures.

The pop star travels quite a bit, and eating right can be difficult on the road. But she does try to make the best of it. Breakfast, one of her favorite meals, often consists of a smoothie and eggs. Lunch is typically salmon and some kind of chicken.

Eating well throughout the day allows Ora to splurge and have some broccoli or truffle pasta…or pizza for dinner. Ora seems to know how to balance her cravings with more carb-conscious, calorie-appropriate fare. Research shows that deprivation diets are far less successful than those that permit indulgences in moderation.

Portion control is a large part of how this singer satisfies her cravings; it’s a good way to manage cravings because it allows one to taste, but not over indulge in, whatever treat is desired. Her particular weakness is burgers and fries; but if she has a burger, she will eat half only.

If she wants fries one day, then she simply won’t order the burger. Ora’s body, which she showed off in Fifty Shades of Grey playing Christian Grey’s sister, is due in great part to her belief that eating half the food on a plate is best.

Ora has a nonstop life, she says, and taking care of your body is important, athlete or not. Ora has a personal trainer that she sees at least three times a week when she’s in London. Short bursts of exercise combined with yoga, hiking, and Pilates are all part of Ora’s workout routine. Her trainer Nora Alihajdaraj says that she is highly motivated.

Getting fit, and not thin, is the ideal look for Ora; so with this in mind, the singer never runs for more than 10 to 15 minutes. Her focus is on being healthy rather than anything else. Alihajdaraj makes the pop star do the following routine. Give it a try to help sculpt a strong, lean lower body.

Squats: Do three sets of 10 reps: This exercise will work the quads and the glutes.

Plank: Do three sets and hold for at least one minute per set: Keep a straight back like a table when in position. During the plank, squeeze your behind to further work the core.

Burpees: Do three sets of two minutes each: Do as many as you can. Speed and intensity are critical with this exercise.