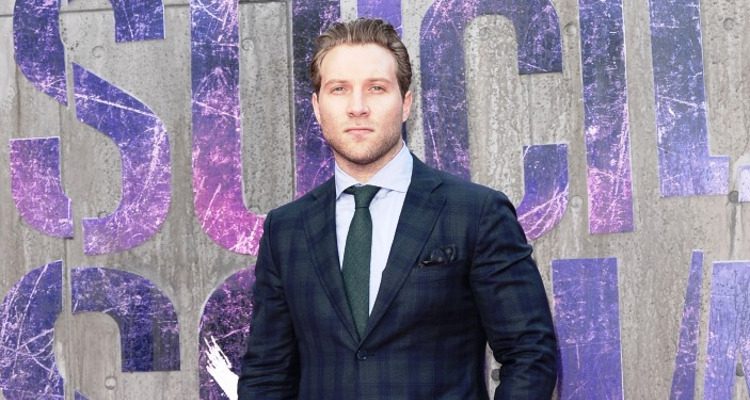 Suicide Squad, one of the summer’s biggest blockbusters is set to drop this week; and in it, actor Jai Courtney will be showing off one of the biggest on-screen bodies of the summer.

To get ready for his Captain Boomerang role, the Australian had to put on muscle and shed fat with an intense workout and diet routine, and the result is a ripped 230-pound (questionable, but reported) frame that should leave audiences impressed…if you’re into that at sort of thing (I am).

Jai Courtney’s workout and diet regimen for Suicide Squad required him to build lean mass and stimulate growth by performing heavy Olympic lifting techniques like squats, deadlifts and bench press, while incorporating them into a heavy circuit workout.

His hard training, fat loss and muscle gain were all fueled by a nutritional regimen that is essential for the kind of body Jai Courtney constructed to play Captain Boomerang.

How Did Jai Courtney Bulk Up For Captain Boomerang Role?

Jai Courtney has been fit and athletic for his entire life. As a child he played rugby, cricket and soccer and has continued to be active throughout his adult life. Because he already had a muscular frame—which is due to his lifestyle and genetics—it wasn’t too difficult for him to bulk up for his role. That said, he was coming off his role in Terminator, when he had to shed weight down to 190 pounds, meaning bulking up to 230 wouldn’t happen overnight.

Courtney trained for a little over two months to get in shape for suicide squad, working out with co-stars Will Smith, Joel Kinnaman and Jay Hernandez, as well as training on his own with a trainer.

The goal was to add about 20 pounds of muscle and get down to 8% body fat, which is virtually impossible in that time period without steroids. So if you don’t get the exact same results as Jai—an experienced, fit individual—don’t be too concerned.

Here is what Courtney’s diet looked like throughout his training. Please note how much he ate, because this is important when determining your own diet.

Jai Courtney is already a big, lean, fit person who can burn a lot of calories and has a high resting metabolic rate. It’s unlikely you’ll need the same amount of food, so make adjustments based on your caloric requirements (which you can find here).

*Carbohydrates were introduced based on progress, how he was feeling.

Friday
Not a circuit.

Saturday
Pick a body part you’d like to improve and stick to a compound lift that works that muscle group. After a warm-up, perform 10 sets of 10 reps at your working weight.