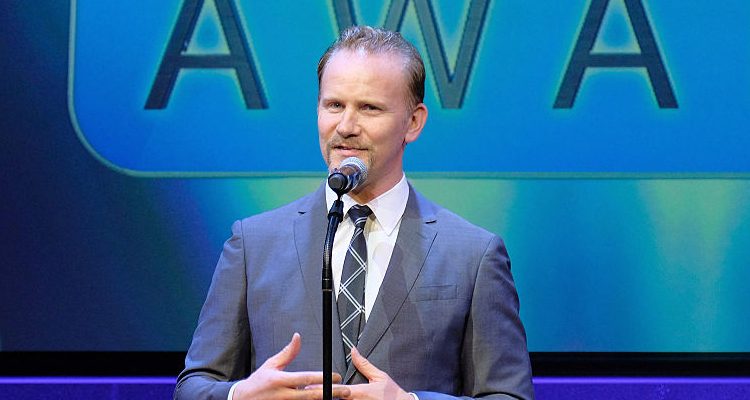 (Photo by Jemal Countess/Getty Images for BFCA and BTJA)

The man who lambasted the fast food industry has apparently started his own fast food restaurant, but healthier. Morgan Spurlock is best known for the dramatic documentary Super Size Me that came out of 2004. He later was nominated for an Academy Award for Best Documentary feature. The film depicts an experiment Spurlock conducted in 2003, where the filmmaker ate three McDonald’s meals a day for 30 consecutive days. At the end, he gained 25 pounds, and fell into depression and liver dysfunction. The 46-year-old Spurlock would open his own fast-food chicken restaurant called Holy Chicken Columbus, Ohio on Saturday, Nov. 19.

There was even a line out the door when the restaurant opened. Morgan Spurlock’s menu is similar to Cane’s Chicken, Five Guys, and Chipotle, and includes a Grilled Crispy Chicken Sandwich along with pickles, coleslaw, and a mustard or spicy sauce. There is also Lil’ Cluckers Chicken Tenders for the kid’s menu. Spurlock says that the sandwiches are breaded with a secret, homemade chicken recipe influenced by his late-grandmother, Lorraine ‘Tootie’ Spurlock, of Griffithsville, West Virginia.

The calorie count of the chicken sandwich exceeds the 563 calories of a McDonald’s Big Mac, and Spurlock says maybe you shouldn’t eat his food every day. There is also no super-size option at Holy Chicken.

The restaurant is being dubbed a mission-driven healthy food “chicken experience” that serves farm-to-table, all-natural, free-range antibiotic-free, and hormone-free chicken that is an overall better fast food product. Holy Chicken opened at 2405 Schrock Rd. near Columbus for a four-day test-run through Tuesday, Nov. 22. It is open between 11 a.m. and 6 p.m. The intent is for the pop-up restaurant to open permanently in January.

As #transparelocalicious as it gets, and you can get it this Saturday (11/19)!!!!! Stay tuned for address! #toogoodtobetrue #holychickenusa

Last spring it was reported that Spurlock and two partners purchased an Alabama chicken farm where free-range, hormone-free, and antibiotic-free chicken are raised and fed a probiotic formulated feed. Spurlock and his partners did their research, and concluded that Columbus was the best test market.

Some suspected there may have been something weird going on with Morgan Spurlock’s restaurant opening. For instance, the restaurant slogan is “Too Good to be True,” which is exactly the slogan you would expect for a fake chicken restaurant that is a front for an expose on chicken farming cruelty.

At the grand opening, there was much fanfare, and Columbus Mayor Andrew J. Ginther’s office was even there for a ribbon cutting. However, the fast food fans were fooled. As Spurlock cut the ribbon and the guests consumed the food, the cards at tables explained that the chickens at the restaurant were raised pretty much the same as all industrial chickens.

Spurlock said that every year fast-food chains continue to sell the same food they always did, but now with an improved marketing spin. He pointed out that when a restaurant uses certain signs, colors, or words, customers feel as though they are eating healthier, when perhaps that isn’t true.

Large letters on the walls told customers that the color green makes you feel healthy and relaxed, and the color orange makes you feel cheerful and youthful. Also, the wood on a sign at the cash register gave customers thoughts of trees, nature, and farms with barns. Few costumers seemed to realize what was going on, and they continued to buy the sandwiches that later sold out at 3:00 p.m.

Spurlock wouldn’t confirm whether the stunt was part of another documentary; however, people did sign waivers to be filmed in the restaurant. He also says that the four-day Holy Chicken opening may still have something to do a permanent restaurant.

Should You Eat Fast Food at All?

Spurlock’s stunt was clearly an attempt to educate people about fast food. Should you eat fast food at all, even the perceived healthy kind? Well, fried, processed, and fast food all has a negative effect on the digestive system. It doesn’t really matter if the meat is humanely treated or not. Not to mention that the bread, vegetables, and other ingredients used at such restaurants likely contain genetically modified ingredients.

It is always a better idea to cook you own food. If you can’t find the time to cook, find independently owned healthy restaurants and organic and health food stores with a hot food section. And, remember, if it sounds too good to be true, it probably is.