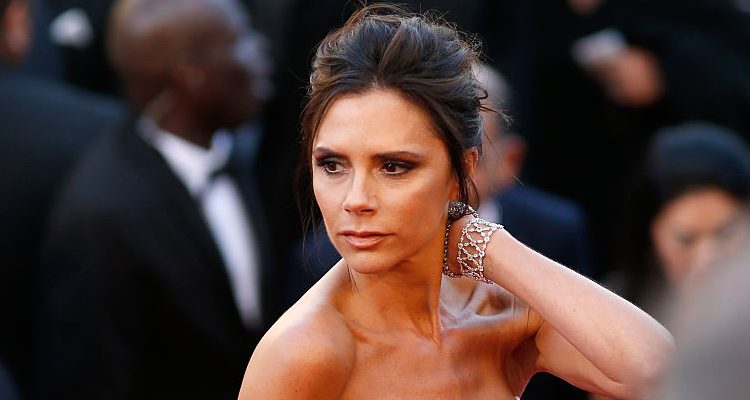 When Victoria Beckham hit the stage with husband David Beckham in China last week, they were looking slim. Which isn’t that surprising because the two always look slim. But how do they do it? Is it a healthy lifestyle and diet, or is it something else?

A Day in the Life of Victoria Beckham

Looking at a Harper’s Bazaar article from 2013, I learned that Victoria Beckham doesn’t have, what I would call a “healthy lifestyle.” But who can blame her? She has four kids and runs her own business as a fashion designer, so she doesn’t have a lot of time. Between taking care of her children and working in the super competitive and demanding word of high fashion, Beckham is on the run, low on sleep, and doesn’t have the time to jump in full-time to healthy habits. She does her best, and I’m sure you can relate. Her life looks a lot like most of the working mothers I know.

How She Fits Fitness In

After a five or six hour sleep, Beckham gets the kids out of bed, fed, and out the door to school. She told Harpers Bazaar she picks at fruit for breakfast while sipping a peppermint tea, taking down one or two espressos. She makes sure she drinks plenty of water throughout the day to stay hydrated and maintain energy levels. If you want to add a little more to your breakfast, I’d strongly suggest opting for something more high-protein. Diets high in protein—especially when 20 to 30 grams is consumed in the morning—can control appetite and regulate hunger hormones for the duration of the day.

As far as her fitness routine goes, not much is known other than she’s an avid runner. She’s explained to various media outlets she runs five or six days a week and that she worked out with celebrity trainer, Tracy Anderson, to lose the baby weight. Based on the Harper’s Bazaar article, there is no mention of a trip to the gym, but seeing how she’s an in-shape celebrity, I’m sure there some session in there. It looks like she does high-cardio, and probably does full body resistance workouts two or three times per week.

For lunch, Beckham explained it’s usually consumed while working and usually consists of alkaline foods like sushi and greens. She says she likes to keep it healthy, and a high-protein diet like this is a good way to do it. Fish is loaded with protein and omega-3 fatty acids, while whole greens are full of micronutrients and contribute to daily fiber intake. Also, I wouldn’t get too hung up on the “alkaline diet” label—it’s virtually a fancy way of saying you don’t eat a lot of processed foods and refined sugars.

Other than going out for dinner for French or Italian food with her hubby, Beckham looks like she hardly eats. Picking on fruit for breakfast, having a couple of pieces of sushi for lunch and some green veggies, isn’t really enough fuel to keep someone going—and I’m doubting she’s throwing down huge portions at dinner. But maybe it’s enough for her. Everybody has different caloric requirements based on their activity level and body weight. So knowing what’s right for you is the best way to help you construct a diet. Simply Google “Basal Metabolic Rate” to get your caloric requirements and make the right additions based on activity level.