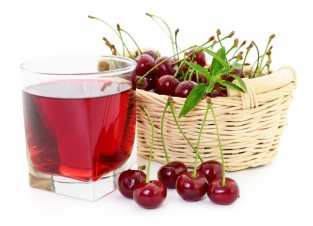 You may have recently heard about a new study that suggests tart cherry juice is able to lower blood pressure.

Such claims are based on distinctly flawed reasoning on part of researchers, poor study design, and possible conflicts of interest. To try and make any health claims from the results is an inherently futile effort.

Breaking Down the Claims

It is true that even small reductions in blood pressure can have comparatively large impacts on coronary risk factors. However, if the study’s findings and the press release’s claims are broken down into their key parts, it can be seen that the following assertions are being made:

The proposed mechanism of action for the cherry juice are various phenolic components, which have antioxidant effects. The correlation between phenolic levels and the blood pressure reduction is interesting but not definitive on its own. There are also flaws in the study design and in the reporting that makes any actual connections difficult to impossible to tell.

First, there are only 15 participants. Such small sample sizes makes it very easy for false positives arise or for any observed effects to seem larger than they actually are.

Second, blood pressure is not consistent and changes in response to things like eating or drinking. Only one pre-consumption measurement was taken, which is not an effective baseline especially in such a small group.

This is especially important since at the reported baseline, the cherry group was at 137 systolic blood pressure (the BP when heart is working hardest) and the placebo was at 134, but both dropped to under 130 systolic throughout the observation period.

This suggests that the baseline was not sufficiently representative. More effort should have been made to find the average blood pressure the individual men displayed before the interventions were given.

If cherry juice can actually produce a blood pressure reduction comparable to medication, then the reduction needs to be as consistent as that produced by medication.

The reported peak reduction of 7mmHg is what is being compared to blood pressure drugs but the key thing to keep in mind is that this number only shows up at around the two hour mark and does not persist for very long—it fades by the fourth hour.

It stretches credulity to claim a comparable effect if the reduction observed from cherry juice doesn’t last more than two or three hours.

Additionally, keep in mind that the men in the study were only pre-hypertensive and did not actually have what is considered to be high blood pressure.

They also had an average age of 31, so these aren’t exactly people who are commonly prescribed blood pressure medication, further dampening any comparative claims.

Without any evidence of a blood pressure reduction that lasts more than a few hours, there is no way tart cherry juice could be claimed to reduce coronary or stroke risk unless people are being expected to drink a glass of cherry juice every two hours, even if the reduction was a true finding.

The study is funded in part by the Cherry Marketing Institute. For the record, a study supporting the business of a funding source does not automatically mean its results should be thrown out, just viewed with an extra grain of salt.

A study that supports the goals of a funding source should not automatically be thrown out just because of where the money is coming from. However, a study with a ridiculously small sample size, flawed methodology, and small observations being touted as having effects that the data doesn’t support on top of a conflict of interest? Definitely a reason to turn away and not look back.