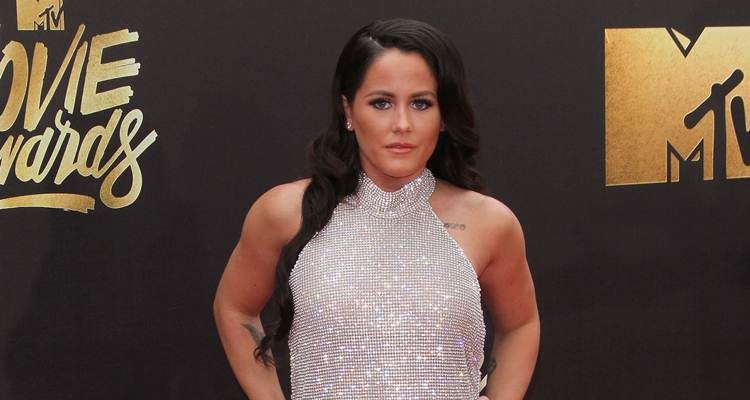 The stars of Teen Mom 2, Kailyn Lowry, Jenelle Evans, Leah Messer, and Chelsea Houska, all try to stick with healthy habits as they raise their children. Some are currently pregnant, and others are already juggling more than one child. Many of these young moms have adopted healthy lifestyles, and one has taken the route of plastic surgery in order to achieve her body transformation.

Aside from being moms, these ladies have become celebrities as MTV continues to reveal their lives to the world on a weekly basis. And so many of us are interested to know what these women do when the cameras aren’t rolling.

If you want greater insight into these MTV-made celebs, read on about each of these ladies’ diet plans, workouts, smoking habits, pregnancy cravings, and much more.

We have some exciting news for Teen Mom 2 fans! Are you eager to know what’s happening in Kailyn Lowry’s life? Did she really undergo a body transformation, or was it just a rumor? And, if yes, at what cost?

Kailyn Lowry’s husband Javi Marroquin spilled the beans about their split. They split because Lowry was going under the knife, and she was also caught in a picture kissing her friend Becky Hayte.

Lowry hit the road to Miami to get liposuction, a tummy tuck, and a Brazilian butt lift. Afterwards, she shared a pic revealing her new curvy figure. She received a lot of positive comments about her surgery.

Marroquin was not happy with the change, it seems. “I knew her surgery would change her,” Marroquin told Radar Online. He also mentioned he would spill the beans on the divorce in his new book.

Enstarz reported that Lowry and Marroquin have removed their wedding bands. But Marroquin was spotted with his wedding band on in a picture that was taken after an online dispute back in March of this year.

Another rumor about Jenelle Evans’ pregnancy has spread like a forest fire. Yes, we’re confirming that Evans is pregnant with her third child.

Evans shared a pic of her baby girl’s sonogram, with the caption “She’s so perfect already.”

Some time back—during her pregnancy—she was in a car accident. With rumors emerging about her pregnancy, she issued a tough reply to the gossipers.

“Why not ask if I’m okay from the car accident? Why not be concerned about my health? I want privacy. All of you disgust me,” she wrote on Facebook.

Later she did reveal that she was pregnant.

Her workout secret—which leaves her with a glowing skin, increased metabolism, and contributes to weight loss—is warm lemon water with cinnamon.

Lemon ice seems to be her pregnancy craving! She shared a snap enjoying lemon ice.

Her motto for attaining a bikini bod is to “work smarter, not harder.”

Evans is against counting calorie consumption, and is not bothered by the number of calories she consumes. She prefers working out every day, and she concentrates more on the lower body than upper body.

Leah Messer is trying hard to play the part of a role model for her children and has decided to quit smoking.

Realizing the health hazards of smoking, Messer has taken a drastic step of giving up her obsession.

Messer set a pack of cigarettes on fire and posted a video of it on Instagram.

She captioned it, “So over this bad habit!!! It’s not healthy for me or my household. What role model for my daughters would I be to keep smoking? So I’m finally saying goodbye to cigarettes!”

She did receive a lot of support from her fans for the healthy decision.

Messer knew the prolonged habit was enormously harmful to her and her children’s health.

Messer is not only giving up her bad habits, but she’s adopting healthy habits, too. She shared a video of herself going for a walk after a workout.

The better-late-than-never decision will surely have a good impact overall.

Chelsea Houska and Cole DeBoer are desperately waiting to welcome their first child together.

Houska is 20 weeks pregnant and shared a pic of her baby bump. In the Instagram caption, she says that baby kicks are her favorite and her belly is growing every minute.

The July tweet certainly maintains her image as a gym freak.

Houska’s pregnancy does not stop her from hitting the gym. She desires to be a fit mother and after her doctor’s consent, she has started working out.

She shared this photo on Instagram a few weeks ago.

The cosmetologist is often occupied but still does not avoid working out. She even brings her daughter Aubree to the gym. The Teen Mom 2 star reportedly took kickboxing classes at Kosama Fitness Center in South Dakota.

“Chelsea goes to the Metabolic Fitness Center four to five times a week,” a friend told Radar Online of Houska’s workout regimen back in 2014. “It involves heavy weights and cardio, so it’s definitely more effective. And she loves it!”

According to the friend, Houska lost weight, but she does not swear by the number on the scale. Initially, she wanted to be thin, but she later turned her focus on building muscles. She is apparently very dedicated to achieving the dream body and will not stop working out until she does it.

Houska reportedly indulged in beer and junk foods but has opted for healthy foods since her pregnancy began. Her pregnancy diet includes meat, seafood, eggs, plenty of vegetables, fruits and ample amounts of healthy fats from oils, nuts and seeds.
She is said to consume high-protein and low-carb foods. She allegedly got rid of carbs, legumes, added sugars and dairy products.