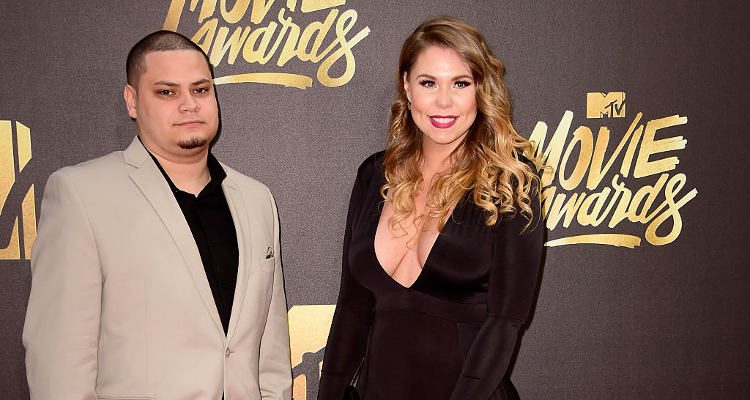 Teen Mom 2 star Kailyn Lowry looks slim in her latest Instagram posts. The MTV personality revealed her weight loss and showed off her waist trainer, which she notes helps keep her waist trim when her schedule is too hectic to follow a diet or workout.

Some commenters pointed out that Lowry underwent surgery, but the reality star responded by saying that surgery is only temporary and the weight would come back.

Furthermore, she stated that surgery doesn’t tone, which suggests that Lowry is putting in work at the gym to achieve her figure.

Lowry also admitted that she has to clean up her diet if she wants to continue her progress in weight loss – kudos for admitting what many of us struggle with on the daily.

#progress ?? gotta clean up my diet

There are previous reports that Lowry has had some work done. Earlier this year she underwent a Brazilian butt lift, where fat is taken from other sources of the body and relocated to the buttocks. There are reports that she also underwent liposuction during that time. Her soon-to-be ex-husband Javi Marroquin suggests that plastic surgery is also a contributing factor to the couple’s impending divorce, but that doesn’t seem to be stopping Lowry from showing off her progress.

Marroquin opened up in an interview with Radar Online, saying that Lowry struggled with body issues, but as long as she feels happy now with her body that is all that matters to him. “I was more shocked at who she’s becoming,” he added. “In the back of my mind I was also worried of who you’re going to be. Are you going to be the same person I fell in love with? Or is this going to change you?”

Lowry also credits waist training for her trimmed mid-section, but many fans seemed to be skeptical. But some of Lowry’s true fans quickly came to the stars defense adding comments like, “Wow people, jealous much?? So what if she had surgery? That’s her business! Y’all just jealous y’all can’t afford a surgery. She looks great and as long as it was in a healthy way then who cares!?!”

Which really poses the question: Does it matter how a person loses weight if it makes them happy? The answer really depends on who’s on the receiving end of such information.

Lowry is a public figure, and no doubt, her fans range in age – some of which may be easily influenced by Lowry’s decisions.

As public figures, do celebrities have the right to undergo procedures to enhance their looks or should they continue to look “normal” for the sake of their fans? It’s hard to say, really, and that is evident with the ongoing debates on Lowry’s social media account. It seems that for every person who disagrees with Lowry’s decisions and body transformation there is another fully supporting the star.

Regardless of how Kailyn Lowry got to the place she is now, it’s very clear that she is more than happy with the results if she is so willing to promote them to the rest of the world.