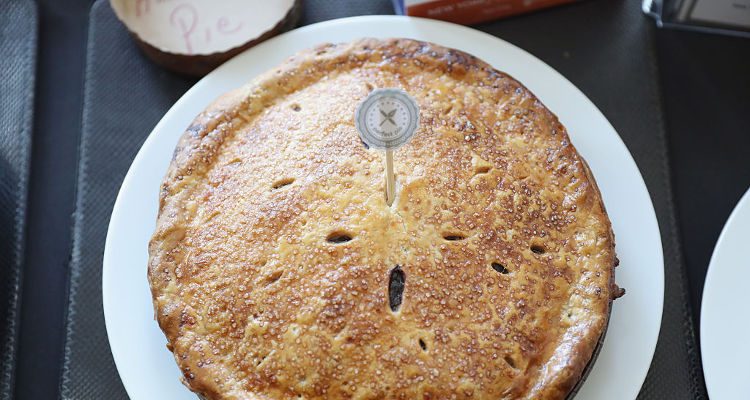 Who doesn’t like a good pecan pie? Thanksgiving 2016 (November 24) is the perfect time to try your hand at a variety of Thanksgiving dessert recipes, including a pecan pumpkin pie. After all, dessert is a favorite of many people at a Thanksgiving meal.

Pumpkin or pecan pie is the perfect complement to your traditional meal at Thanksgiving. Surely your meal contains many holiday favorites such as turkey, stuffing, gravy, mashed potatoes, and cranberry sauce. However, the dinner is not complete without dessert. What is your favorite dessert? Maybe it’s apple pie, pumpkin pie, or pecan pie topped with classic vanilla ice cream.

For those that usually purchase your pie at the grocery store, may I suggest taking the time to make your own pecan pie? Store-bought pies can often contain a lot of unwanted ingredients. The following are a few healthy pecan pie recipes you can try for Thanksgiving—and yes—they are all different.

Are you a big fan of pecan pie but have recently been diagnosed with an allergy or sensitivity to gluten and wheat? Luckily, there are so many different ways to make pecan pie, which is perfect for those in need of a gluten-free and low-carb option. Try the recipe below:

Preheat the oven for 350 degrees Fahrenheit.

For the crust, combine all the dry ingredients in a bowl, add the coconut oil, and stir to combine. Pour the mixture into a pie pan and pack the mixture along the bottom, and make the sides to form a crust. Bake for seven to eight minutes, or until lightly golden.

Reduce the heat to 325 degrees Fahrenheit, and while the crust is cooling, beat the sweetener, molasses, and eggs until creamy, and add the remaining ingredients, except for the pecan halves, and beat to combine.

Pour the filling into the pie shell and top with the pecan halves, and bake uncovered for 30 minutes. Finally, loosely cover with foil, and bake for another 30 minutes. Serve warm.

Want a healthy twist to pecan pie? Add some sweet potatoes for a sweet potato pecan pie. It is also gluten-free, and it is vegan when you add maple syrup instead of honey, and avoid the egg.

For crust, preheat the oven to 350 degrees Fahrenheit. In a food processor, and pulse the almonds and hemp seeds to a ground texture, but not fine like flour. Add oat flour. Slowly add the honey, dates, seasonings, and coconut oil, and mix until combined. You will get a sticky mixture. In a well-greased baking pie dish pour the crust mixture, and evenly spread to coat the bottom, and gently press to form the crust to the bottom, and up the sides. Bake for five minutes, or just until golden brown and the nuts are fragrant.

For the filling, pulse pecans to get a ground texture in a food processor, and add the sweet potato (without skin), coconut oil, dates, cinnamon, nutmeg, maple syrup, ginger, salt, and water. The texture will be creamy, sweet, and thick.

Next, take the hardened and baked pie crust out of the oven, and pour in the filling, and arrange the whole pecans evenly on top. Drizzle with rest of maple syrup and some cinnamon. Bake for 20 to 25 minutes or until it is firm.

For an easier recipe with fewer ingredients try this basic healthy pecan pie recipe below:

Grease a pie plate of nine-inch square pan with a light coat of extra virgin olive oil to prevent the pie from sticking to the plate.

Use a spatula or side of a spoon to press the almond and date crust into the bottom of the pan. Spread it up the sides of the plate to form a full pie crust, and put it into the freezer until you are ready to fill it.

Combine the rest of dates, cinnamon, sea salt, vanilla, fresh lime or lemon juice, and about half the pecans in a food processor and blend until the mixture takes on a smooth consistency. Use a little water left from the soaked date water if necessary. The leftover pecans can be placed on top of the pie, or you can save the pecans for more coverage during the final step.

Spread the date filling evenly over the almond-date crust, and arrange the raw pecans on top of the date filling and press it down lightly to help keep the pecans from moving. Serve and enjoy!