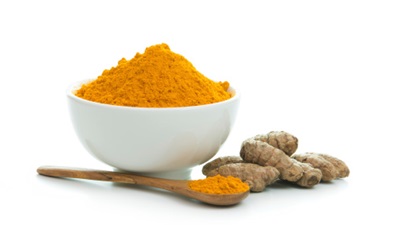 Depression is a major contributor to the development of disability, decreased productivity, lost time from work, and reduced quality of life. It is also one of the leading reasons why people see their doctor and receive prescription medications.

Currently, there are some other approaches to managing this disabling disorder without the overreliance upon drug therapies. Did you know that some spices in our food may offer some hope to those who suffer from depression?

Recently, some new research published in the journal Phytotherapy Research has raised some hopes regarding this matter.

According to the study author Dr. Ajay Goel, using a one-gram dose of curcumin, the popular anti-inflammatory spice, on patients suffering from depression was only two to five percent less effective at alleviating symptoms compared to the anti-depressant drug, Fluoxetene.

“From a clinical standpoint, a 2% lower efficacy makes no difference,” he said. “Curcumin has been proven safe, even at high doses.”

Curcumin is the yellow pigmented ingredient in turmeric which has been used in Indian and Middle Eastern cuisines for centuries, most commonly in curry dishes.

In this particular study, 60 participants who had been previously diagnosed with depression were randomly assigned to three groups for six weeks of treatment.

One group received 1,000 mg of curcumin. The second group received 20 mg of Fluoxetene and the third group received a combination of both. At the beginning and then again after the six-week treatment intervention, the participants were measured on a 17-point depression rating scale.

In my opinion, the sample size and study length were not significant enough to extrapolate potential value for people who suffer from depression. However, although more research is needed in this area, the use of curcumin is very safe and could be quite effective as a long term treatment for depression.

Currently, there are a number of drugs prescribed for depression but they do have many serious side effects. The use of curcumin could be a wise longer term alternative to manage depression.

Although it’s not known what gives curcumin its unique anti-depressive properties, it can decrease brain inflammation and block the secretion of a chemical enzyme called monoamine oxidase, levels of which have been shown to be elevated in patients suffering from depression.

“It’s a very strong anti-inflammatory and antioxidant compound, and is great as an everyday health supplement,” said Dr. Goel. “People who do not have depressive symptoms can make this spice a part of their daily diet now.”

If you have depression, check with your health care team regarding the best treatment options for you.