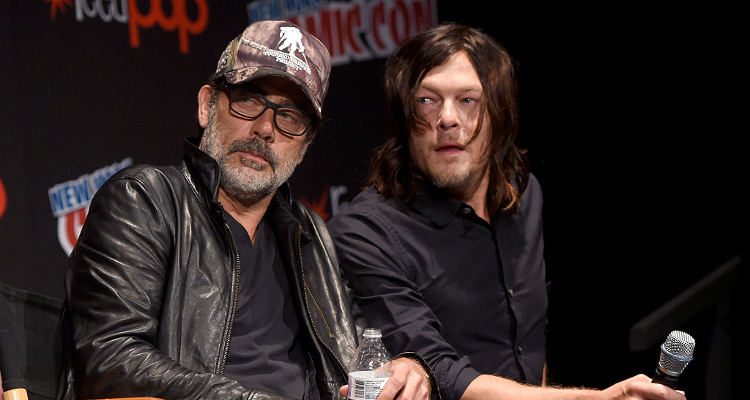 Although we are only half way through The Walking Dead season 7, Jeffrey Dean Morgan, who plays the infamous Negan, is already confirmed to star in season 8. Since the premiere, the role of Negan has been feared by the characters and fans of the show alike. Those who read the comic books are even more familiar with how ruthless Negan can actually be.

So far we have seen the character strip Rick’s group of its key people – Glen and Abraham – and witnessed how big his wrath really is. The Saviors basically own every known living community that has survived the apocalypse.

If you’re wondering what Morgan’s age is, the American actor is 50 years old—although he appears much younger. Despite his salt-and-pepper hair, the actor follows a healthy lifestyle that keeps him in such great shape and looking young.

Many of Morgan’s roles have been that of a super-strong individual; and to maintain that look, he follows a healthy eating plan packed with good carbs and lean proteins. If you’re looking for the secrets behind Morgan’s physique and health, they aren’t really big ones—just basic fundamentals to healthy living that Morgan follows.

Morgan enjoys a variety of workouts along with avoids junk food, processed food, foods that are packed with vitamins and nutrients, good carbs and lean proteins.

Morgan had to appear unhealthy for his role in Texas Rising, and in order to achieve that weight loss, he followed a high-protein and low-carb diet. The actor said that he lost over 40 pounds. He managed to do this by sticking with eating tuna from a can.

He admitted that he lost the weight in a very unhealthy way – he didn’t even consult a doctor – and so, he doesn’t recommend that anyone try to mimic what he went through. Needless to say, Morgan never wants to see a can of tuna ever again.

Morgan also noted that losing all that weight and only sticking to canned tuna depleted his energy; and so, he felt very slow and sluggish. He would much rather eat foods that promote energy and are dense in nutrients.

As many men would, Morgan does enjoy the occasional beer, wine, and even cheeseburger. But having these cheat meals doesn’t set him back too badly because he follows such a clean diet for most of his days.

The role of Negan is one that is heavily feared, and so far, Jeffrey Dean Morgan has done an amazing job fulfilling that character. Fans of The Walking Dead anxiously awaited his arrival, and needless to say, since he has shown up things have gotten quite crazy on the show.

It will be interesting to see how it unfolds through the remainder of season 7 onto season 8. Those who are fans of Rick and his crew are all waiting for the ultimate take-over of The Saviors. Only with time will we know if they can manage to overpower Negan.