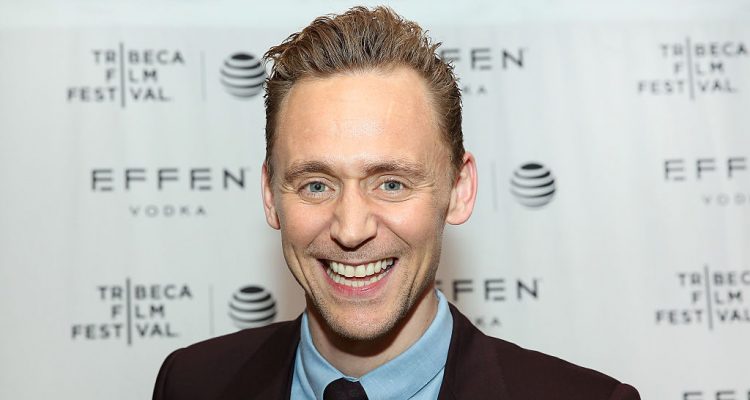 English actor Tom Hiddleston is best known for his role as Thor’s evil adopted brother Loki in the Marvel Cinematic Universe. The 35-year-old is set to reprise his role in the upcoming Thor: Ragnarok, which will be released Nov. 3, 2017.

Hiddleston has been traveling back and forth to Queensland’s Gold Coast since July while filming the latest installment in the Thor series. Hiddleston was recently spotted taking a break from the set of Thor: Ragnarok to grab a coffee between his scenes. He was looking super fit in a navy jacket, dark jeans, a navy T-shirt, a black belt, and grey suede-laced shoes.

What Is Tom Hiddleston’s Workout Plan?

Tom Hiddleston is also known for his chiseled body, which has helped him climb the fame ladder. Hiddleston will always explore new workouts to help him prepare for his fight scenes in the Thor movies. After all, it is necessary for Hiddleston to build his endurance, agility, and strength. He will perform an intense workout and exercise routine at the gym six times a week. Although Hiddleston doesn’t have huge muscles, he does have a fit body with sculpted chest and abs.

Tom Hiddleston is said to complement his workout plan with healthy eating and a strict diet. He will consume a high-protein diet with lean protein sources like turkey and chicken. He will also consume brown rice, potatoes, and vegetables. It is very important for Hiddleston to obtain a large amount of nutrients from his diet to help with stamina. Tom Hiddleston’s diet specifically helped him gain 20 pounds of muscle ahead of his original audition for the Thor film.

Hiddleston also avoided sugary drinks, processed and junk foods, and alcoholic beverages. Instead, he consumed lots of water to stay hydrated and cleanse his body. The general recommendation is eight to 10 8-ounce glasses of water per day. Overall, Tom Hiddleston’s clean diet allows him to feel more energetic and able to battle against Thor and other Marvel Cinematic Universe characters.

Besides the Thor franchise, Hiddleston is also known for Steven Spielberg’s War Horse (2011), Woody Allen’s romantic comedy Midnight in Paris (2011), and the 2016 AMC/BBC limited series The Night Manager, which gave him his first Primetime Emmy Award nomination for Outstanding Lead Actor in a Limited Series or Movie. Hiddleston also has a number of prestigious awards to his name, including the Empire Award for Best Male Newcomer in 2011. He also won the MTV Movie Award for Best Fight and Best Villain in 2013.

Sources:
Bhole, A., “Out and about! Tom Hiddleston spotted cutting a casual figure in navy jacket and dark jeans after taking a break from filming Thor: Ragnarok on the Gold Coast,” Mail Online website, Oct. 16, 2016; http://www.dailymail.co.uk/tvshowbiz/article-3840752/Tom-Hiddleston-spotted-cutting-casual-figure-navy-jacket-dark-jeans-taking-break-filming-Thor-Ragnarok.html.