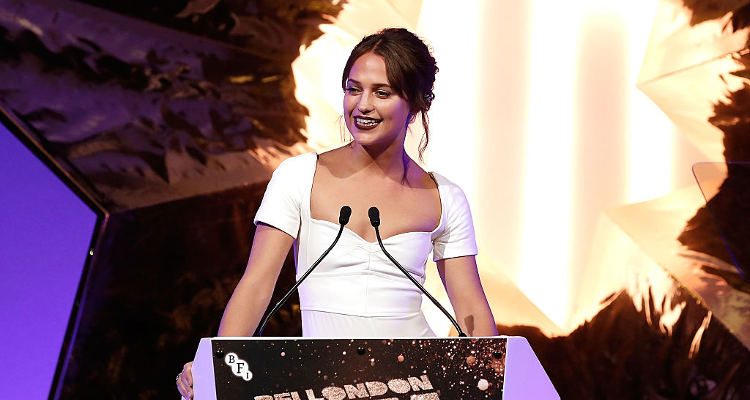 Did you know that the stunning Alicia Vikander will be playing Lara Croft in the rebooted version of Tomb Raider? Yes, the Swedish beauty, who is already known for having an incredible physique, will now have to up her game in order to get action figure ready for the role.

Although the movie is not set for release until 2018, it’s highly likely that Vikander is preparing for the role now. So, what is she doing to get in great shape? Let’s take a look.

Fans of Tomb Raider are no doubt anticipating the release of the reboot. The producer of the film, Graham King, explains that the storyline will focus upon Lara Croft’s search for her father. This will add an emotional component to the film, and King went on to say that this is one of the reasons Vikander found the film interesting.

The first two Tomb Raider films starred Angelina Jolie, another stunning and talented Hollywood actress. Lara Croft: Tomb Raider, which was released in 2001, is actually still the highest grossing video game adaptation to ever hit the US, but due to the failure of The Cradle of Life in the box office—and Jolie’s disinterest in pursuing the character further—a third film was held off. The new film will hit theatres in the spring of 2018.

That means Vikander has lots of time to get into shape. Not just any kind of shape either—she has big shoes to fill. Vikander must be following a healthy lifestyle on the regular in order to look strong, lean, and active.

The good thing is that the actress does follow a healthy lifestyle anyways. She eats nutritious and healthy foods and exercises regularly. Sometimes Vikander does outdoor workouts such as jogging and running, while other times she prefers to actually go to the gym.

Working out is actually one of her favorite ways to de-stress, and she enjoys moving around and staying active. For the Lara Croft film, it’s alleged that Vikander is actually using her training as a dancer to assist her body transformation for the role. Since the tender age of nine, Vikander’s trained in ballet.

She travelled around the world attending summer dance courses, and was with a dance company until 2004. Dancing is a great way to tone one’s figure and get into excellent shape.

Earlier this year, Vikander was spotted with boyfriend Michael Fassbender having a workout session at Bondi Beach in Sydney, Australia. The pair was joined by a trainer who put them through tons of gruelling exercises.

Even though that happened in the summer, it’s not a stretch to assume that Vikander is continuing these types of workouts on her own or with Fassbender, in addition to other forms of exercise to prepare her body for the role. Are you excited to see Alicia Vikander in the Tomb Raider reboot?