Home > Food News > Trumpkins Halloween 2016: Here’s Where You Can Get Tax-Free ‘Trumpkin’ Lattes This Election Season 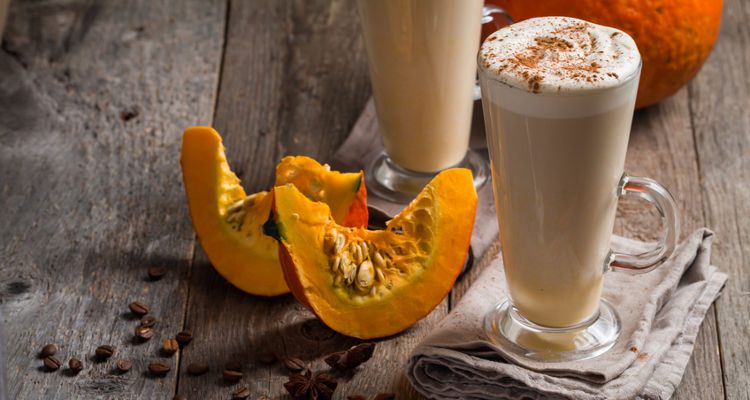 This election season, treat yourself to a Halloween-themed ‘Trumpkin’ latte. I know it’s pretty frightening that a latte is being named after Donald Trump, but hey, pumpkins are orange so – well, you see where I’m going with this…

TrueNorth Café in Andersonville, Chicago clearly wanted to poke fun at all the hype around the current United States presidential election, so they decided to offer a pumpkin spice latte with a twist. The company wanted a funny tag line and owner of the café, Andy Peters, shared with DNAinfo that it was too easy to poke fun at Trump using the words “huge and orange.” Apparently the drink is also tax-free. “We decided to eat the sales tax because Trump doesn’t have to pay taxes, so you shouldn’t have to pay taxes to drink his latte,” Peters said.

Is the drink any good? Well, it is 12 ounces and features high-quality pumpkin pie syrup and has delicious pumpkin spice whip cream and pumpkin spice on top. The drink has been selling in the café for about a week and the owners will continue to advertise it over the weekend. It costs $4.50 and the 16-ounce cup is $5.00.

So far, there has been no negative talk about it, according to Peters. Many people have walked by the café and stopped in to try it. He goes on to explain that any Trump supporters are welcome to try it.

Trump supporter or not, it’s safe to say that the man has made an enormous impact on the American public by evoking strong reactions in many – often unfavorable.

When the owner of TrueNorth Café was asked how long the Trumpkin latte would be around for, his answer revealed a lot. “Hopefully not past election day,” he shared.

Meanwhile, the rest of the world waits with bated breath to see whether the American public will make the real estate mogul its next president. It’s pretty funny that businesses can capitalize on his antics, but expected since he is creating so much buzz and publicity with them.

If you were passing by this café, would you stop off for a Trumpkin latte? Does this money-making strategy make you giggle or cringe? It is after all, Halloween season, so it can be argued that this would freak a few people out.

One thing is certain: The latest presidential debate was probably one of the most heated and bizarre that we have seen. Election Day is Tuesday, Nov. 8. Get out there and vote!