Home > Health Conditions > What Are Your Odds of Getting Diabetes? 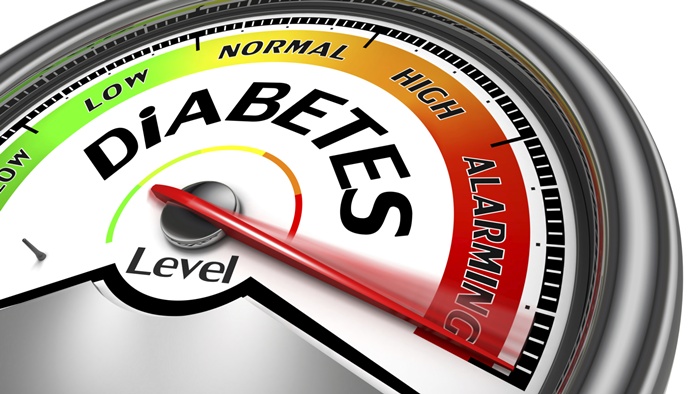 Type 2 diabetes is the fastest-growing disease in the United States. I’m not surprised, and the odds are you—or someone you know—has it. Worse still, teens and young adults are being diagnosed in rising numbers.

Diabetes is a disease characterized by high levels of blood sugar of which there are two types. Type 1 diabetes occurs in childhood and results from damage to the cells of the pancreas. This damage disrupts the production of insulin. Uncontrolled high blood sugar results, along with the need for insulin replacement therapy. About 10% of people who develop diabetes will be type 1.

Type 2 diabetes occurs when the insulin normally secreted after a meal no longer controls blood sugar. When this happens, blood sugar levels continue to increase until blood sugar can be measured in the urine. Blood tests assessing fasting blood sugar and glucose tolerance will establish a definitive diagnosis.

Although there are some risk factors, such as family history, that can increase the individual risk for the development of type 2 diabetes, the main reason people get this disease is poor lifestyle.

Some new research sponsored by the Centers for Disease Control and Prevention (CDC) and published in The Lancet, Diabetes & Endocrinology has indicated 40% of Americans will develop type 2 diabetes during their adult lives. That’s right—42%!

According to the lead author of this report, Dr. Edward Gregg, “We have found that over the past few decades the chance that the average person will develop diabetes at some point in their lifetime has increased tremendously.”

Gregg suggests obesity is a main cause for the disease. “There is some encouraging evidence that obesity trends might be flattening, and we hope that will have an effect on diabetes, which follows very closely what happens in obesity. But it’s not clear yet whether we’re seeing that happen,” he says.

But in My Opinion…

I think there are several other important factors at play alongside the obesity epidemic. I feel that people need a full lifestyle overhaul, not just a lower pant size.

In my opinion, people have a lot to cut from their lives if they want to lessen the chance of getting this illness. For example, fast food, large portion sizes, sugary drinks, fruit bars and breakfast cereals that come packed with refined sugar and simple carbohydrates. When you also add in decreased levels of physical activity, you have put out the welcome mat for type 2 diabetes.

Likely the most scary thing for me is there are so many people being diagnosed as overweight or obese much younger. By the time these individuals reach early adulthood, they are told they have type 2 diabetes or its precursor, metabolic syndrome.

This study used information gathered from more than 600,000 adult Americans from 1985 to 2011, including causes of death.

The research showed a disturbing trend. The overall increase in the diagnosis of diabetes has risen 20% since the 1980s and was mostly found in the younger adult population. The data also indicated that between the years 2000 and 2011, women had a lifetime risk of developing diabetes of 39.6% compared to men whose lifetime risk was calculated at 40.2%.

Although Americans do tend to live longer after the diagnosis of type 2 diabetes, I feel this is because of expensive medical intervention and not thanks to any lifestyle changes.

The only answer that makes any sense in fighting the war on diabetes is to start early. People need to begin their lifestyle intervention starting much younger and establish good healthy habits that can last a lifetime. A higher-quality lifestyle means a better chance you can stop diabetes in its tracks.