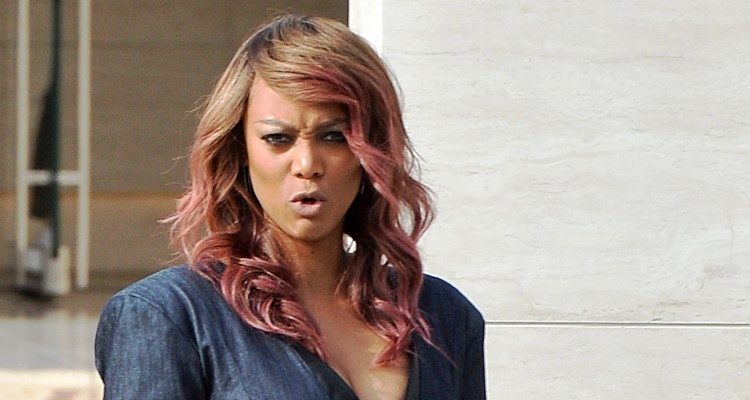 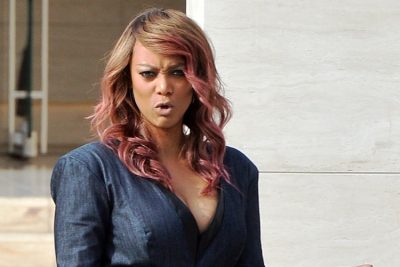 Tyra Banks, supermodel and host of America’s Next Top Model, loves healthy food, but she also loves tacos, one of her favorite foods. And really, who can blame her for wanting to sink her teeth into a crunchy (or soft) taco filled with veggies and meat and maybe some delicious sauces.

But if you think about it, tacos are really a healthy food, and we should all quit giving the poor taco a bad rap. Lettuce, tomatoes, meat, cheese, a corn tortilla, maybe some guacamole… these items can all be listed as healthy foods, except for deep fried-taco shells; it’s better to opt for flour tortillas. If eaten even once a week, a taco can be a healthy meal and Banks is definitely onto something with this meal choice.

She posted two pictures this week on Instagram showcasing an unnamed restaurant that satisfied her craving for tacos, and said that she inhaled four kinds of tacos there. Even if on a diet, satisfying a craving every now and then is fine, even recommended.

Inhaled 4 kinds of tacos in one of these booths

Banks lost weight, and she did it without following a particular diet. Overall she’s lost about 30 pounds, and she accomplished this by implementing progressive steps as opposed to using a radical weight-loss method. Her first step was to ditch processed foods and junk foods, and focus instead on having fresh, whole foods such as salads and shrimp, and more fruits and raw vegetables. Two of her favorite foods are papayas and mangoes; both are high in vitamin C and are also sweet enough to curb a sweet tooth, which Banks has admitted to having.

Tyra Banks keeps a journal of everything she eats in a day, and she does this to hold herself accountable for what she puts in her mouth, an idea suggested by her nutritionist. There’s no calorie counting, just writing down everything she eats. Nutritionists suggest this practice to clients because it allows the person to catalog their daily intake and note when and where they may have tripped up. Knowing weaknesses empowers the dieter to make better choices when it comes to healthy foods, but having a favorite food such as a taco is allowed… as long as every day isn’t taco day!