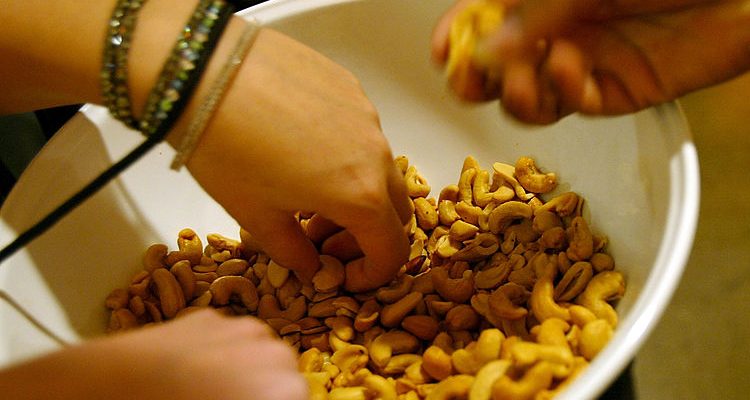 Whether you’re one for health, dietary, or ethical reasons (maybe even all three), being a vegan can be difficult at Christmas time. Many holiday favorites contain some form of animal by-products, and while there are more and more vegan recipes appearing every day for staples like Christmas cookies, what about a sweet treat to dunk them in? Read on as we go through some of the best and easiest vegan eggnog recipes to treat yourself for Christmas 2016.

At one time the phrase “vegan Christmas food” may have been considered an oxymoron, but the fact is there are many holiday classics available with a vegan twist. After a feast of Tofurkey, roasted potatoes, and vegetables, you can now settle by the fire with a glass of deliciously dairy and animal byproduct-free eggnog.

Traditional eggnog is very rich and diary-based, with some recipes calling for heavy cream and whole milk, as well as both egg yolks and whites. So how can an aspiring vegan chef replicate the thick and creamy texture that this holiday classic is known for? The answer seems to lie in raw cashews combined with dairy-free milks.

One Tasty Yummies vegan eggnog recipe calls for full-fat coconut milk, cashew milk, and raw cashews to be blended with dates, vanilla extract, cinnamon, cloves and a pinch of salt. To change the consistency of the mixture, all you have to do is adjust the amount of cashews added. The more cashews in your eggnog, the thicker and creamier it will be. Dates and vanilla sweeten the mixture, while the cinnamon and cloves add classic seasonal flavors.

Similarly, this Simple Vegan recipe calls for raw cashews and coconut milk. However, water is added rather than cashew milk, and maple syrup is used to sweeten the mixture instead of dates. Blended together with cinnamon, this is one of the simplest recipes because it has so few ingredients. However, this recipe does call for some advance planning, as it recommends the cashews be soaked overnight for best results.

Healthy Blender Recipes takes a different approach to obtaining the smooth, creamy consistency expected of eggnog by adding frozen bananas instead of raw cashews. This recipe also calls for almond milk rather than coconut or cashew milk and uses dates to achieve the drink’s subtle sweetness. Salt, cinnamon, vanilla extract and cloves are blended into the mixture, just like the Tasty Yummies recipe.

No eggnog recipe would be complete without a sprinkle of nutmeg on top (which all three call for), to give the drink that extra special spice.  Whether you are a strict vegan or simply looking for a healthier alternative to traditional eggnog, all you need is a blender, a few simple ingredients and maybe a dash of your favorite spirit to create something delicious this holiday. Break out the blender and enjoy experimenting in the kitchen this Christmas. Cheers!