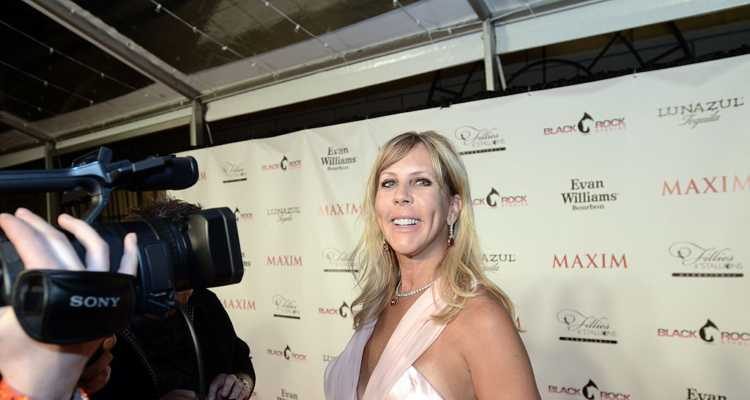 In fact, the extreme diet only had Gunvalson eating 500 calories a day—far below what is recommended for women.

Now that Gunvalson is no longer with Brooks Ayers, she has taken the time to focus not only on herself, but on her daughter who has been battling numerous different health problems.

Gunvalson admitted that she was depressed after the split and put on 10 pounds between her 40s and 50s. Furthermore, Gunvalson felt that she had no strength, so she knew she had to make a change.

Although following a 500-calorie diet worked for Gunvalson, experts don’t recommend such an extreme diet for normal people. Women should consume around 1,800 calories, but Gunvalson preferred switching up her eating to drop the added weight as opposed to increasing her exercise.

In an interview with People, Gunvalson explained, “I don’t want to be a bodybuilder. I don’t want to do all that stuff, but I wanted to feel like, OK, I’m gonna be single now. I gotta look my best, right?” But as many of you know, just because you go to the gym doesn’t mean you will become a bodybuilder.

Exercise doesn’t just make you big and bulky, but it also provides cardiovascular benefits, burns fat, speeds up the metabolism, and keeps bones strong. Now that Gunvalson is in her 50s, she should also be concerned about her bone health, which exercise can play a role in maintaining.

As mentioned, Gunvalson stuck to 500 calories a day which involved eating raw foods and skipping lunch altogether—another point that experts do not advise. Furthermore, she cut out all alcohol and carbohydrates.

She said for breakfast she had grapefruit and lettuce with some celery and carrots. Her “lunch” was water with lemon and then at night she had a salad and some protein.

Although Gunvalson suggests she is happier now than she was before, she is still mending her broken heart from the split with Ayers. She is thankful for the good people who surround her and clearly she is working on herself.

Unfortunately, Gunvalson’s diet is not healthy at all. There isn’t much substance in Gunvalson’s meal plan, so we can’t help but wonder where she obtained her energy. Usually carbohydrates are a good source of energy, long with frequent eating, but by the looks of it, Gunvalson didn’t do either.

Furthermore, the diet isn’t very sustainable. If she isn’t careful, she may end up becoming nutrient deficient. Lastly, without carbs, the body will go into a ketogenic state, which could end up with Gunvalson’s body using muscle or energy, which will ultimately leave her weaker than before.

We hope for Vicki Gunvalson’s sake that she is completing this diet under the supervision of a dietician, doctor, or fitness expert to ensure she doesn’t run into these complications. Although Gunvalson has managed to achieve some short-term results, we hope she adopts a healthier, balanced style of eating, and maybe even considers exercising to achieve more sustainable results.