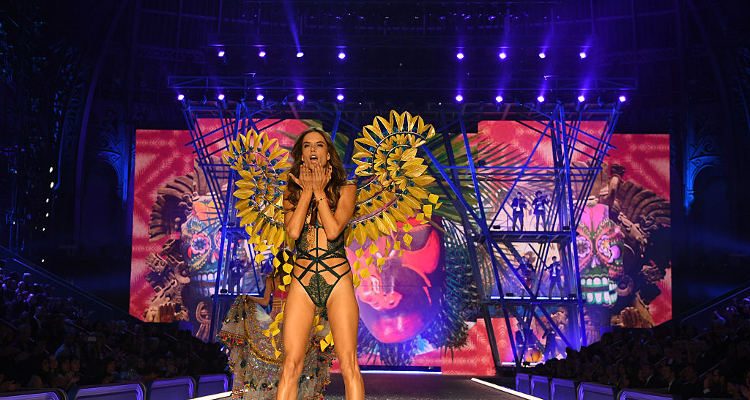 Victoria’s Secret models have it hard…well, not really. To be fair, the Victoria’s Secret Angels do have to work hard throughout the year to maintain excellent figures that can showcase the new Victoria’s Secret fashion line. Bella Hadid and bestie Kendall Jenner, along with one of the longest running Angels Alessandra Ambrosio (this was her 16th walk down the runway with VS), were all in the show and did their fair share of weight loss planning—and butt exercises—to ensure they looked their very best in Paris this past week.

Hours before the show, the Angels are being worked on by dozens of makeup artists, hairdressers, stylists, and fashion directors all with the end goal of getting the models looking their best. The Angels have to sit and wait while their hair and makeup get done, and often times it can be boring or nerve-wracking as some of the pictures from behind the scenes of the show indicate.

So how do all three Angels work out and diet to get the bodies they have? Let’s take a look and see.

In recent months, the model has lost quite a bit of weight, and she told People that she really didn’t mean to lose so much of it. “My weight fluctuates so much. I really didn’t mean to [lose weight]. Like I want boobs. I want my ass back. But it’s not my fault. My weight fluctuates and so does everybody’s and I think that if people are gonna judge, that’s the worst you can possibly do because everybody is different.”

Gigi Hadid’s sister works out with trainer Rob Piela. “He’s really the best,” says Hadid. On her own, she likes to do yoga and Pilates. Over the past few months, Hadid’s mind and actions have been occupied with her efforts to present her best self at the show. “I think every single person in the world has insecurities.”

Her diet up until the show was about eating protein every day and working out for three hours a day. “It’s crazy but I think that you know if you set your mind to something I think you can succeed.” She enjoys doing cardio exercises and running sometimes.

In an interview with Net-A-Porter magazine, the Brazilian beauty said, “I think I have a better body now than before I had kids. It’s partly because I work out, whereas before I didn’t.”

Though she prefers to keep her body slim by eating right and exercising regularly, she does admit to having done some extreme dieting in the past, especially after having her daughter Anja. “After having Anja I only had three months to lose all the weight and I was on this 1,200-calorie-a-day meal-delivery service that I hated. I couldn’t do that again.”

Ambrosio avoids low-calorie diets when possible, but sometimes they can’t be avoided. “I’m all about moderation and eating something different every day.” Deprivation doesn’t work for her. She says that whenever she starts a diet, everything goes downhill. “So if I want a little bite of dark chocolate on a plane or a cocktail with friends on the weekend, I’ll have it.” She even has a glass of red wine with her dinner most nights.

The most down to earth non-Kardashian Kardashian has a real simple plan for getting runway ready. She exercises regularly, with running being her preferred way to stay in shape. Her diet consists of lean proteins and fresh fruit and vegetables. Apples and strawberries are a particular favorite.

She used to have a solid junk food addiction but has since given it up because she needs to stay in the best shape and health possible. Green tea for detoxification is a huge deal for her, and she will sometimes drink many cups a day.