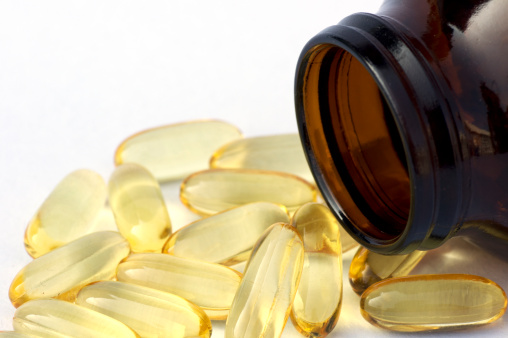 You’ve heard a lot about coenzyme Q10, but what exactly does it do?

Coenzyme Q10 is a nutrient commonly found in many types of foods; although deficiencies of this compound in humans are considered rare, there are circumstances that necessitate the use of this nutrient in a supplement form. Coenzyme Q10, also referred to as ubiquinone, plays an extremely important role in human health, especially in aging individuals.

As humans age, we can develop cellular dysfunction commonly associated to the cardiovascular system, including dysfunction to the vascular walls and the heart muscle itself. Coenzyme Q10 is a fat-soluble compound that is produced in human cells.

Cells in our body have to burn oxygen and nutrients to produce a substance referred to as ATP (adenosine triphosphate). This fuels the thousands of chemical processes that occur  in your body.

The process that creates ATP, called cellular respiration, occurs in specialized cellular organelles known as mitochondria. Inside these unique sparkplugs, coenzyme Q10 works its nutritional magic: it regenerates enzymes that are necessary to produce ATP.

Coenzyme Q10 also acts as a powerful antioxidant in tissues that have high metabolic rates, like vascular tissue, heart muscle, and the brain.

It prevents the lipid molecules from being damaged from oxidation by free radicals. Coenzyme Q10 can also protect circulating lipoproteins, which, after being attacked by free radicals, can cause damage to artery walls.

This important nutrient is also helpful in protecting our own tissue stores of vitamin E, which can become depleted in cells during high levels of free radical generation.

Coenzyme Q10: Important as We Age

As we age, many physiological processes begin to slow down, begin to work improperly, or stop working entirely! As I said earlier, those metabolic sparkplugs (mitochondria) begin to wear out in cells that require a high production of ATP.

The heart and blood vessels require a constant supply of energy to function properly. However, tissue concentrations of coenzyme Q10 can frequently decline with the aging process.

Introducing coenzyme Q10 into the diet in a supplement form can help maintain cellular function and can improve cardiovascular function, lower blood pressure, enhance muscular endurance, and decrease the inflammation that damages artery walls—something that people with diabetes suffer from.

Based on the results of many studies, you can delay the impacts of aging and improve your cardiovascular health by taking 100–200 mg/day of coenzyme Q10 (oil-based capsules).

If you’re already taking medication to reduce your cholesterol, then your body needs coenzyme Q10 even more.