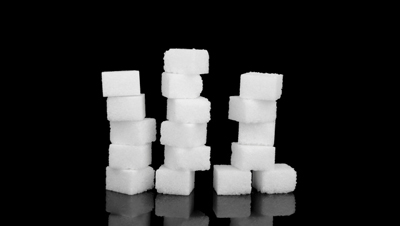 I have previously written many articles which have assessed and discussed our over-consumption of sugar and the effects this has upon our health.

Sugar is a substance we simply eat far too much of and it plays a very large part in the development of chronic diseases like cardiovascular disease, obesity, and diabetes.

Recent research has indicated that the over-consumption of added sugar in foods and sweeteners can lead to a greater risk of premature death due to cardiovascular disease. This added risk does not occur when consuming naturally-occurring sugars found in fruits or vegetables.

Currently in the U.S., most of the added sugar we eat is consumed from baked goods, sweetened drinks (soda), dairy-based desserts, cereals, and fruit drinks. The regular 10-ounce serving size of a soda drink contains 35 grams (g) of sugar.

The researchers in this case analyzed data from the National Health and Nutrition Examination Survey to calculate the percentage of calories consumed on a daily basis which contained added sugar and its relationship to the development of cardiovascular disease.

These results were found regardless of educational level, diet, levels of physical activity, body weight, gender, age, or race.

“Our results support current recommendations to limit the intake of calories from added sugars in U.S. diets,” said one of the study’s authors.

Although this is a very interesting study, there are a few points to consider.

Firstly, most people do not count calories and often underestimate the amount of calories they consume from all sources. Secondly, sugar consumption is also very often underestimated as great amounts of consumed sugar can be “hidden sugars” contained within sweeteners used in the food processing industry. Lastly, sugar exerts its detrimental health effects in ways which cannot be explained by the simple over-consumption of calories or by influences upon weight gain. In this study, the effects sugar had upon cardiovascular mortality were independent of any changes in body weight.

Sugar affects cardiovascular mortality by the direct influence it has upon blood sugar and insulin secretion. High blood sugar causes sustained increases in blood insulin level which greatly encourages the inflammatory response. This process is the key factor that drives the underlying pathology behind the development of cardiovascular disease.

If you ever needed reasons to cut sugar out of your diet, lowering your risk for cardiovascular disease and early mortality are perfectly good ones.