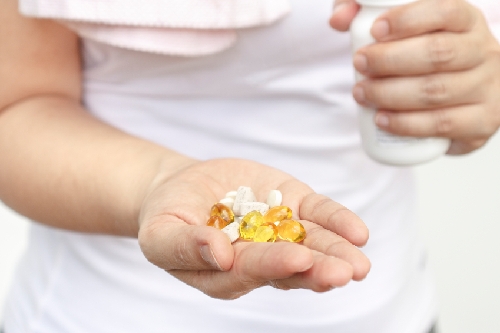 If you’re an avid health reader, you’ve probably read about the many benefits of fish oil on human health. Quite frequently, however, the media will report a story about the effects of various nutrients on health outcomes. Sometimes, the results can be somewhat confusing to readers who are told that a certain nutrient is perfectly advisable to take and then, just a few days or weeks later, there is a news story published which gives the reader considerable pause.

Very recently, the media reported the results of a new study which assessed the link between various fats and prostate cancer incidence in a large group of men. But according to Dr. J. Bowden, health writer for The Huffington Post, the reporting of this study by various well-established news outlets has been quite misleading.

Let’s take a closer look at this study, which was published in the Journal of the National Cancer Institute last week. This study analyzed 834 men who had been diagnosed with prostate cancer, 156 of whom had high-grade cancer. The researchers analyzed blood samples and the participants’ levels of omega-3 polyunsaturated fatty acids (EPA and DHA). The researchers found that the men who had the highest levels of omega-3 fats in their blood had a higher risk of low-grade, high-grade, and total prostate cancer risk compared to subjects who had the lowest levels.

This certainly is confusing, and flies in the face of other research, reason, and basic physiology. If the process of inflammation has been closely linked to the development and nature of prostate cancer, why do the results of this study indicate a complete reversal to what we should expect to witness? Let’s look at a few of the study’s inaccuracies:

What’s Wrong With the Study Design?

In this study, the participants were not given supplements of any kind, so the researchers analyzed the concentrations of fatty acids based just on their diet. Therefore, although media outlets reported that fish oil supplements can cause cancer, that’s not true; no comments regarding the use of supplements can even be made.

This study was also an observational study, starting with a very large group of men who were then selected to be studied based upon a diagnosis of prostate cancer. Although this group was compared to a control group who were not diagnosed with cancer, the results cannot not be perceived as being an accurate depiction of cause and effect.

The study was also not controlled, so other variables such as race, diet, and age were not considered, which may have been responsible for the results. It’s also important to consider that in the prostate cancer study group, 53% were smokers, 64% consumed alcohol regularly, 30% had a positive family history of prostate cancer, and 80% were either overweight or obese.

Are the Study Results Wrong?

The results of this study indicated that higher levels of trans fats were protective in the development of prostate cancer, and that having higher blood levels of DHA (a type of omega-3) had a damaging effect. The red flags regarding this study should have been waved after this result became evident, as it is completely the opposite of what should be expected.

Whenever a result of this nature is produced, there has to be a great deal of inquiry into the study itself to determine flaws in design, data interpretation, and bias. In my opinion, there are some glaring issues which need further scrutiny.

Should You Believe the Study’s Conclusions?

The results of this study need to be taken with a grain of salt, considering the study had many limitations, the most important of which is the death attributable to prostate cancer. I think it’s important to understand that almost all the cases of diagnosed prostate cancers were of the local type, many of which would have never even otherwise been diagnosed!

Dr. Bowden has it right when he suggests that there is an overwhelming degree of evidence which indicates the positive impact that omega-3 fatty acids have upon our health. We can’t simply believe every study that comes out, considering the large amount of evidence about the benefits of omega-3s.