Home > Food News > WIC Changes May Improve Preschooler Diets, but More Progress Can Be Made 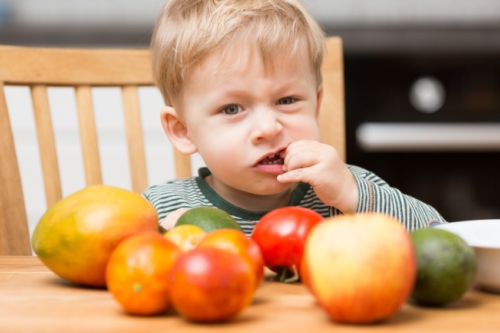 A recent study looking at the impacts of a 2009 shift in the Woman, Infants, and Children (WIC) supplemental nutrition program to allow more fruit, vegetables, whole grain, and low-fat milk is due to be published in the journal Pediatrics next month.

This study, conducted by a combination of researchers at the UCSF Benioff Children’s Hospital in Oakland, the UC Agricultural and National Resource’s Nutrition Policy Institute, and UC San Francisco, takes one of the first looks at how this policy change has affected the roughly 4 million children currently under the WIC program.

The WIC Study, In Summary

Given that one in five children within the U.S. are overweight by the time they enter elementary school, there is an obvious need to establish good eating habits early in life. Low income families face greater challenges in finding healthy options to incorporate into their children’s’ diets and one of the goals of the WIC program is to make sure the option remains available to such individuals.

Although the standard caveats about dietary studies that rely on self reporting (or in this case, parental reporting) apply—especially ones only using two 24-hour recalls—the use of the National Health and Nutrition Examination Survey helps the findings. It shows a distinct, but modest, improvement in the dietary quality of low-income preschoolers that hopefully is able to translate into improved health outcomes and better weight by the time they enter elementary school.

Since the WIC program is in a continual state of refinement and improvement, studies like this are useful to help policymakers understand the impacts, or lack thereof, that changes have on American diets.