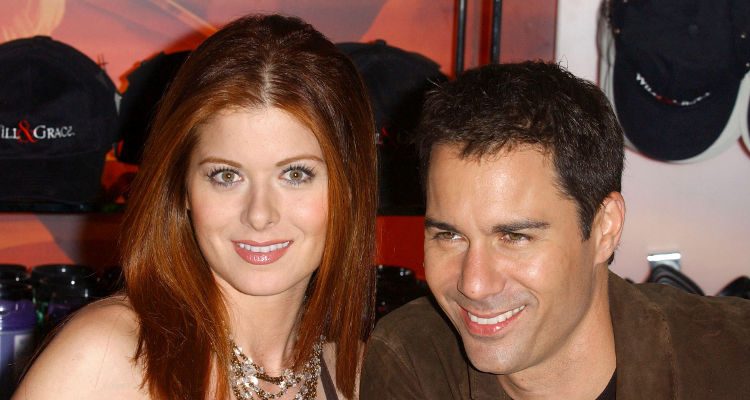 Debra Messing and Eric McCormack reunited for a short Hillary Clinton-themed skit (it was only 9 minutes long) of Will and Grace that aired on Monday and went viral. It’s been 10-and-a-half years since the final episode of the popular sitcom, which lasted a total of eight seasons. Messing looks like she hasn’t aged at all, and her fellow co-stars look sensational, too.

Messing and McCormack shared in an interview with The Hollywood Reporter that reuniting for the first time after a decade was very emotional. Seeing the set they originally worked on with all the props in their original places made for a nostalgic experience. Both actors were overwhelmed with joy, and also sadness, as they knew this reunion could only last for a short time.

However, it brought back memories of the laughter and connection they shared. Getting back into their characters was also a special moment for each of the actors. Messing and McCormack went on to share that these roles will always be a very strong part of them and that the chemistry that was formed on set years ago is an intangible and lasting connection they have.

“I’ve had to take roles that on purpose were not Will-like, so that someone like The Hollywood Reporter would write, ‘McCormack shows great range; no Will Truman here,’” McCormack admitted. He said it was nice to just be Will again.

Messing enjoyed doing this reunion – and she looked absolutely beautiful and younger than ever – because it was “healing” for her to have a deep belly laugh despite the stress of the current presidential election.

Messing looks so amazing thanks to her nutrient-dense diet. She has suffered from food allergies for much of her life, so she decided to cut out things like gluten, caffeine, alcohol and sugar. She follows a basic, clean and sugar-free diet.

Messing eats organic, sugar-free foods and found, through doing so, that the appearance of her eyes and skin improved. She has glowing hair and skin, as many can see, and that is thanks to her healthy lifestyle. It wasn’t always like that for Messing, though.

She used to enjoy eating junk foods like French fries, pizza, hamburgers and potato chips until Messing discovered how detrimental they can be to your health. She now passes on the junk food and, instead, will eat something healthy like a green smoothie packed with spinach, kale, celery, lemon, ginger and cucumber.

Debra Messing has a workout routine in which she exercises for three days per week. This is how she keeps her fitness on point. She does weightlifting, circuit training, yoga, Pilates, and cardio on the stationary bike. In combination with her diet, Messing did workouts alongside Gunnar Peterson after her pregnancy, who is a celebrity trainer. Together they performed plenty of strength training, and Messing followed a portion-controlled diet.

It must have been a wonderful experience for all the Will & Grace fans out there to see the cast members’ reunion during such a crucial time in American history and politics.